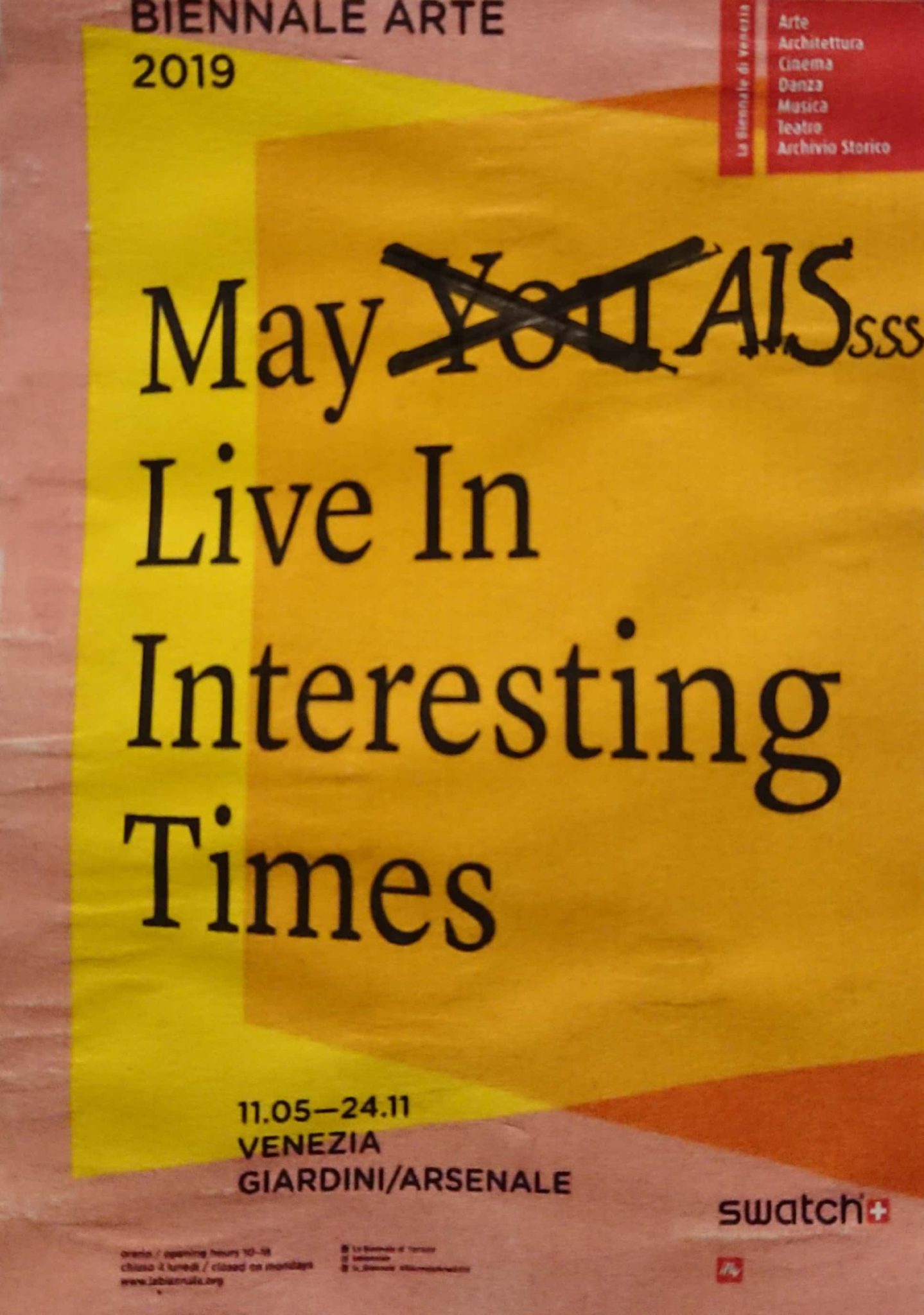 ​
This year I was visiting the Biennale from Venezia for the first time.

In the beginning, I was a little scared about the massive tourism which I always heard about from Venezia. At the same time, I was curious about the event and about seeing the city for the first time. I was also a little disappointed with myself because of helping and being a part of that massive tourism. But there we went.
​​

My first impression after arriving at the central station of Venezia was sadness and disappointment. I had already imagined that it would be full of tourist, but not in such a measure. It was even painful to walk our way to the hotel. We just had to follow the mass of tourist flowing thought the main street. Luckily the girl working at the hotel gave us a street recommendation where avoid tourist. We went there for dinner, and this time I was really positive surprised. I could see that there was very less tourist and mich more Italian people. Also, the Bars and Restaurants looked somehow more authentic.

The first day we decided to start with the Arsenale. It is an area which was used for war-related topics years ago. The Biennale has some Pavillons there differently distributed over the place. When we arrived, even my boyfriend was disappointed because of seeing so many people inside the galleries. He was other years in the Biennale and never saw so many people inside. We suspected that it could be due to a cruise. Luckily the people were getting dispersed as we were advancing through the different artworks.

My highlights were following ones, 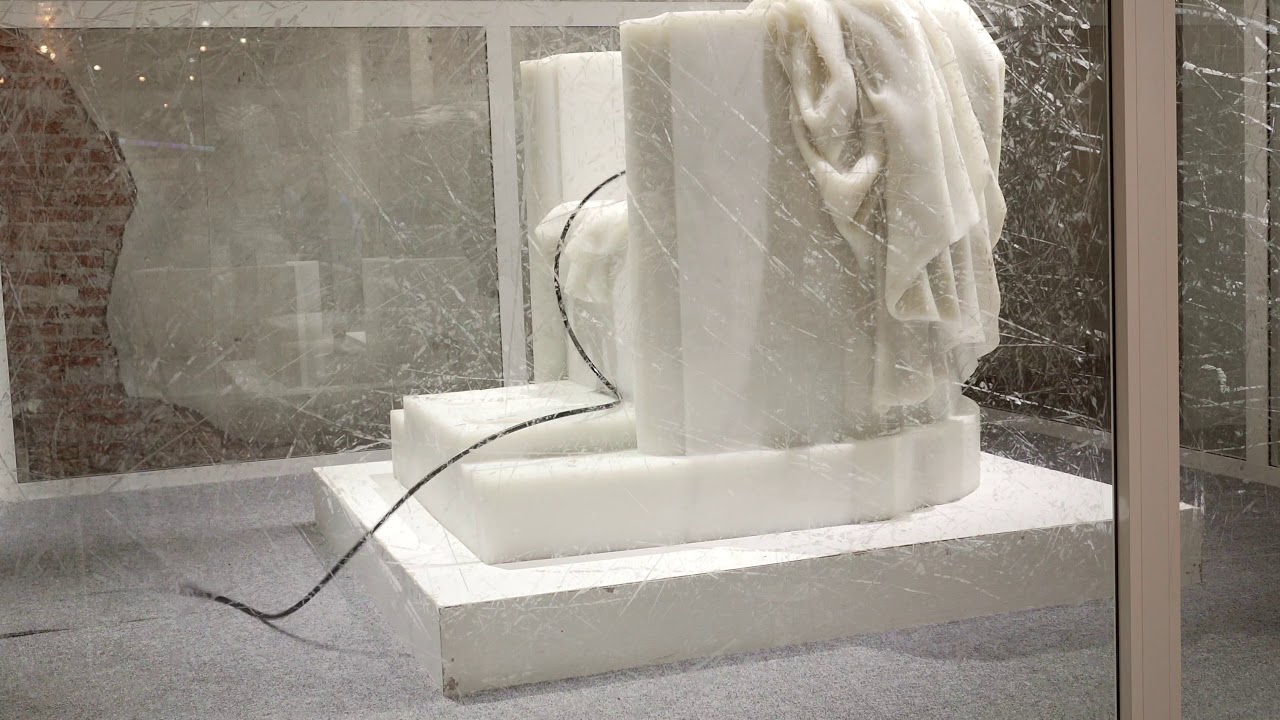 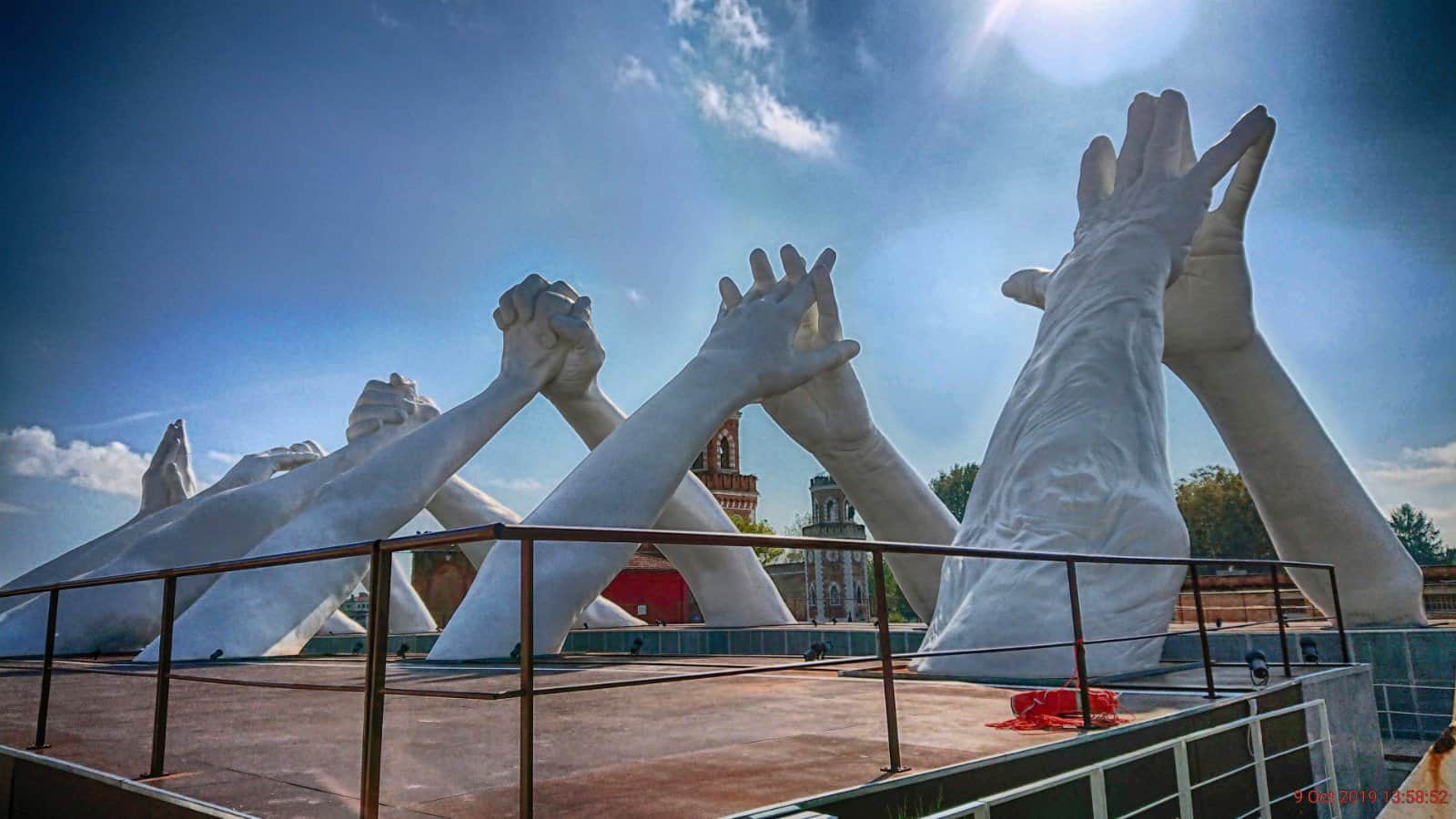 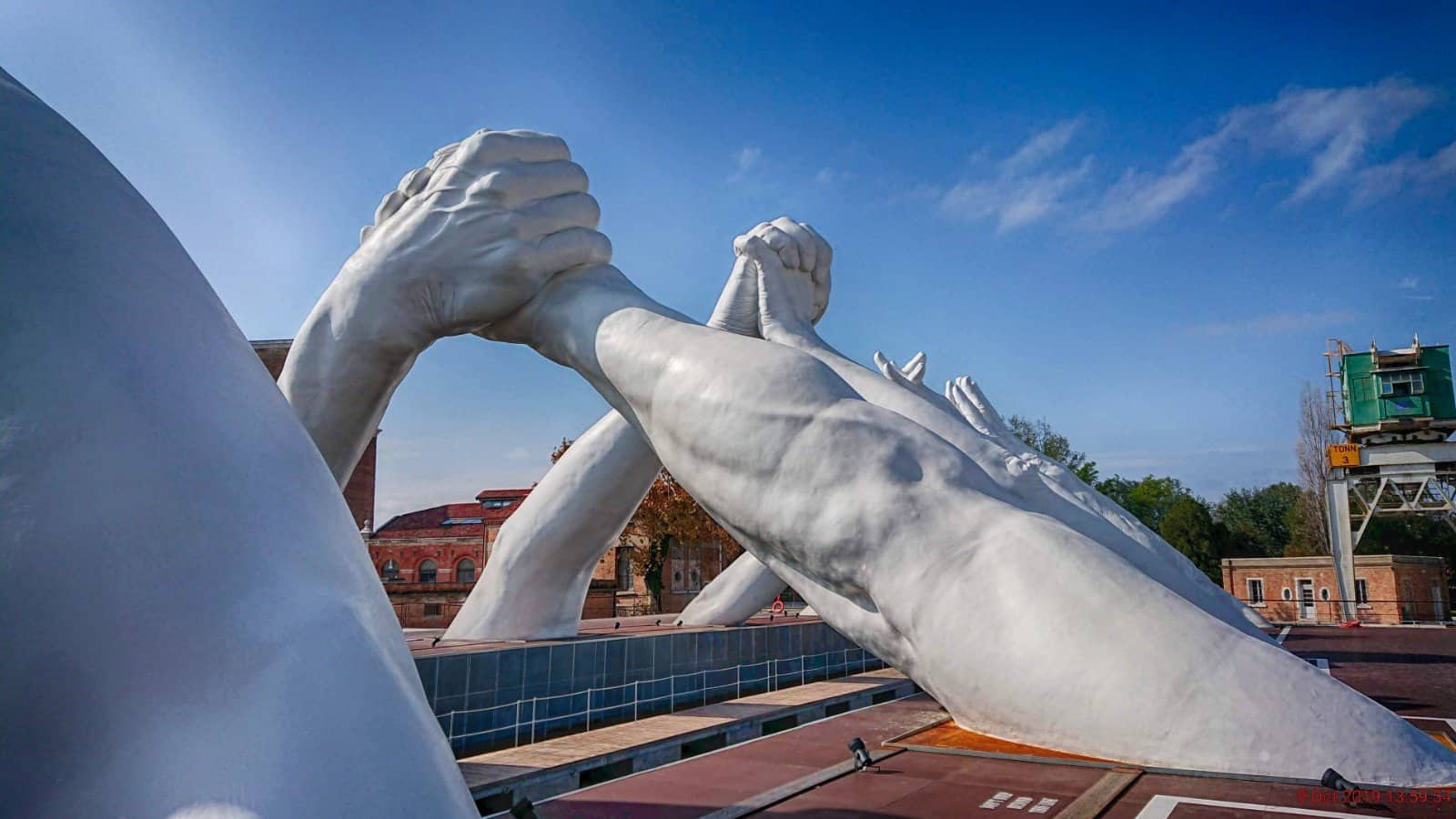 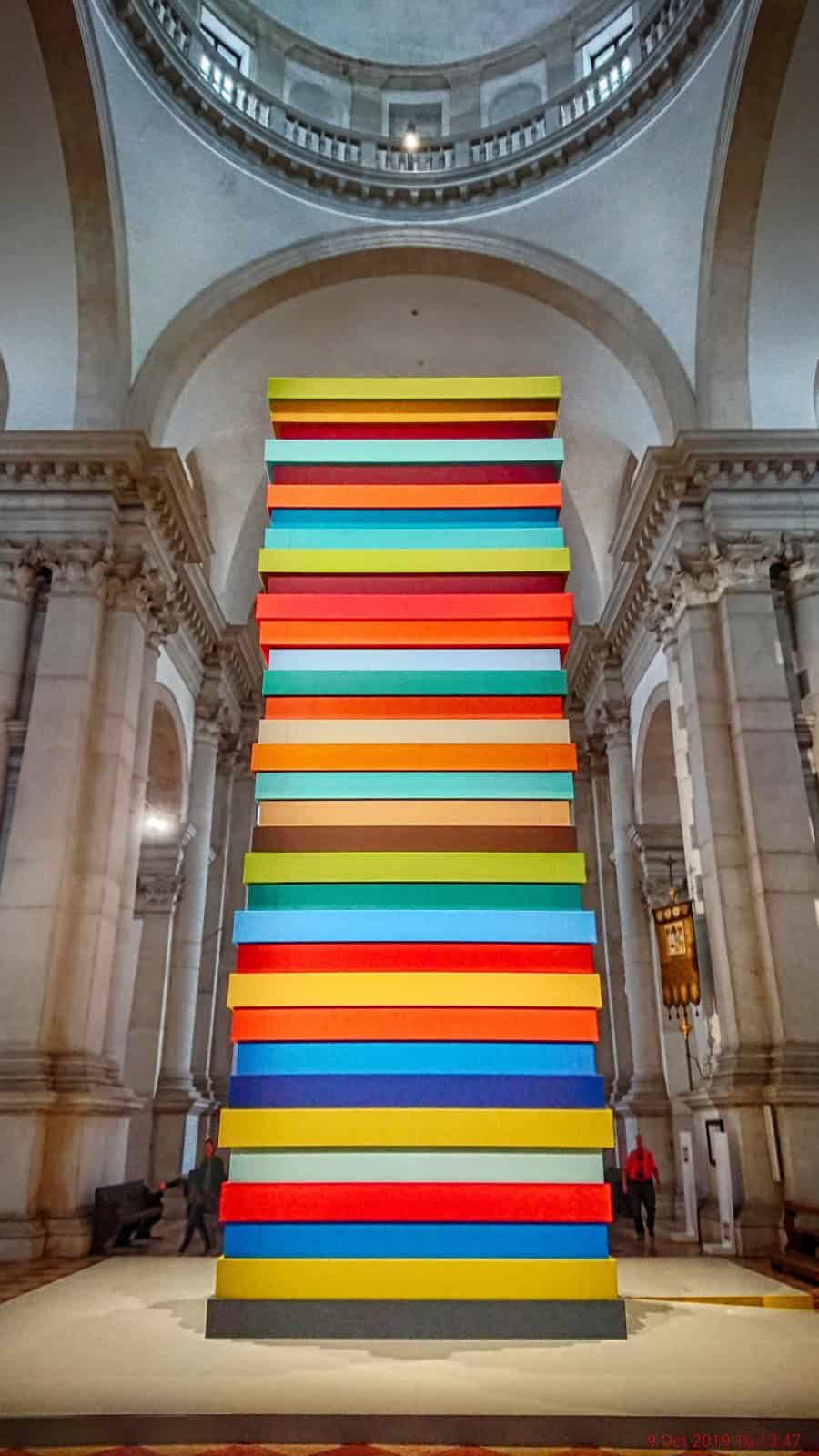 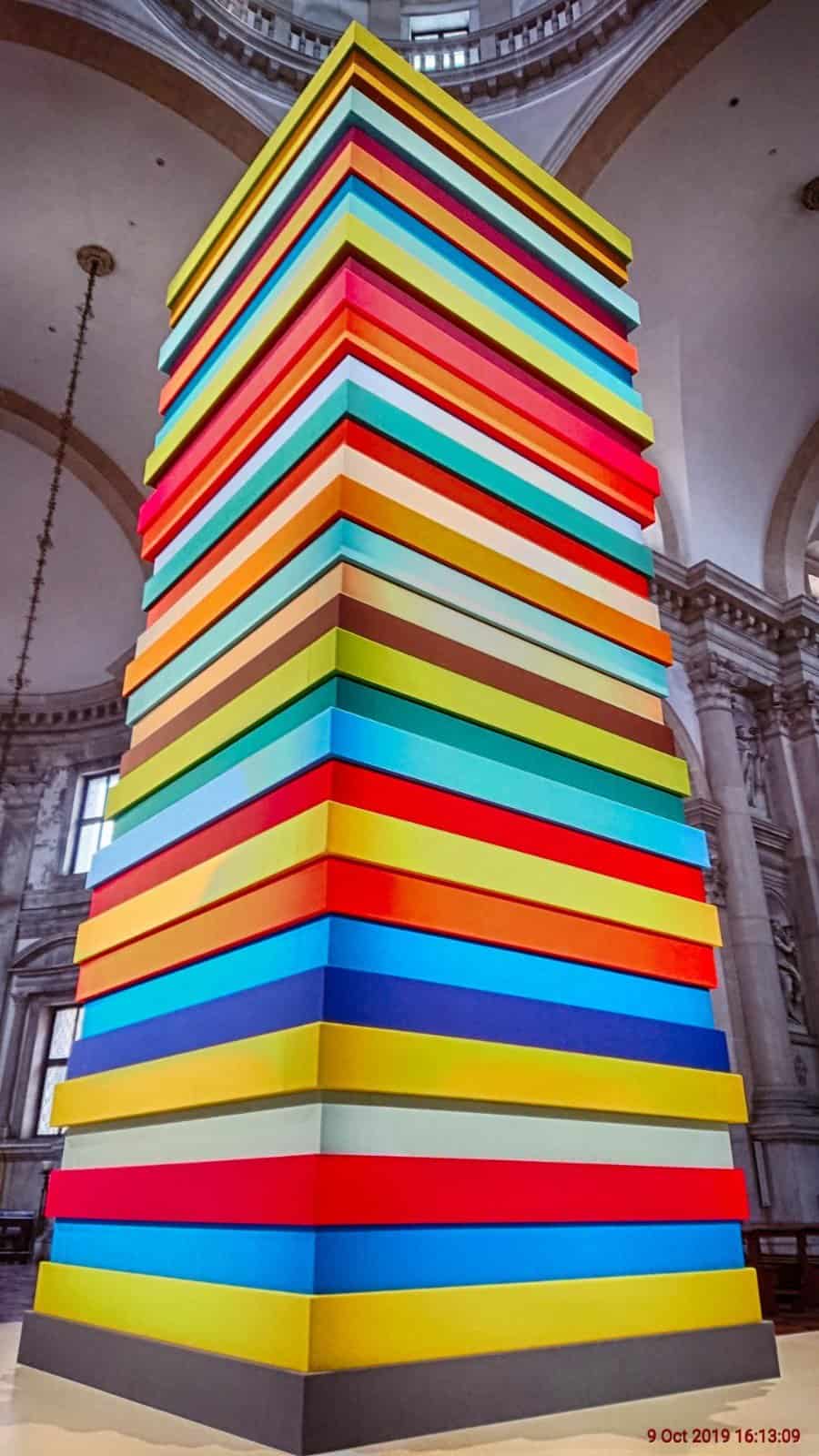 For the second day, we reserved the official location for the Biennale, on the east of the city. This time it was not packed at all, an excellent surprise. The area is like a park with different pavilions for all the different countries. From this day my highlights were,

Moving Backwards
The most I liked from this was the political message, the electronic music and the queerness of the video, 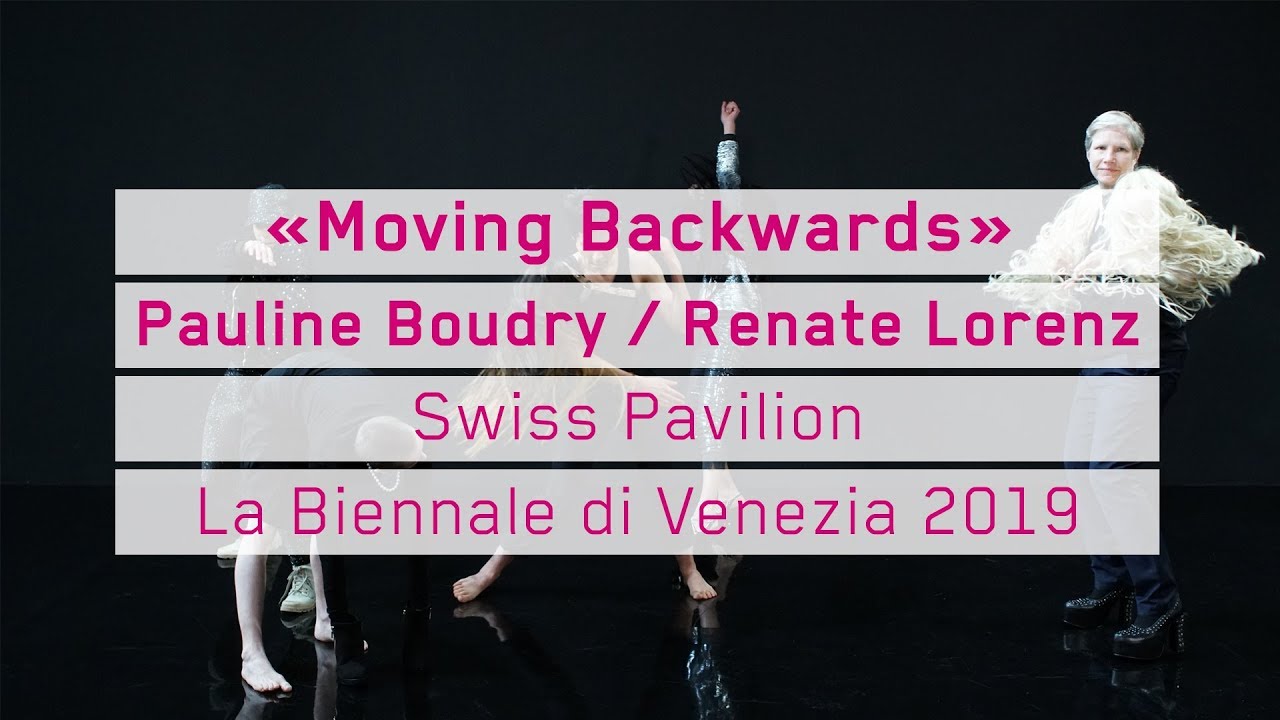 Sun Yuan and Peng Yu: Can’t Help Myself
One of my favourites of the whole Biennale. Creepy, scary and lovely at the same time. It was interesting to see how it was programmed, using four cameras to control the fluid movement. The arm had around 24 functions, some of them made it dance, some others were to sum the fluid back. 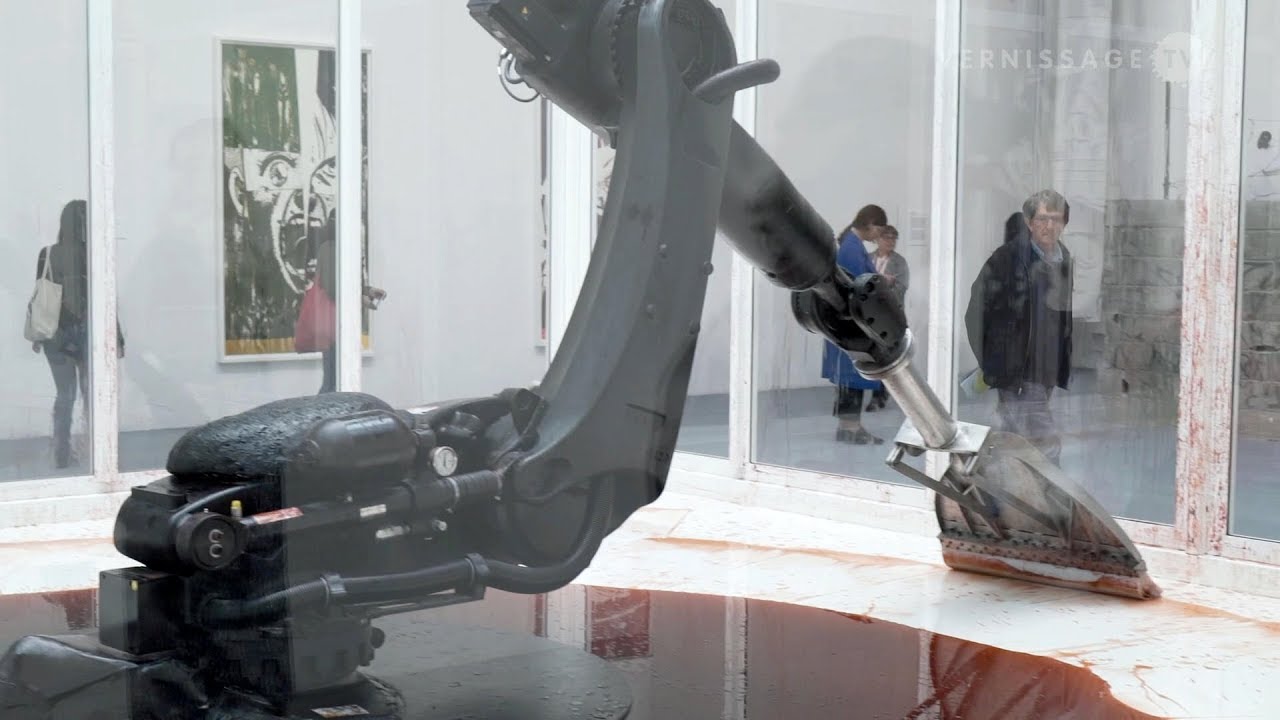 Later we headed into the city to visit and discover other smaller spaces. These were the most interesting for me:

Mongolia Pavilion (Jantsankhorol Erdenebayar)
It was creepy as fuck and really interesting. Also, I liked the anonymous postcard we found there. 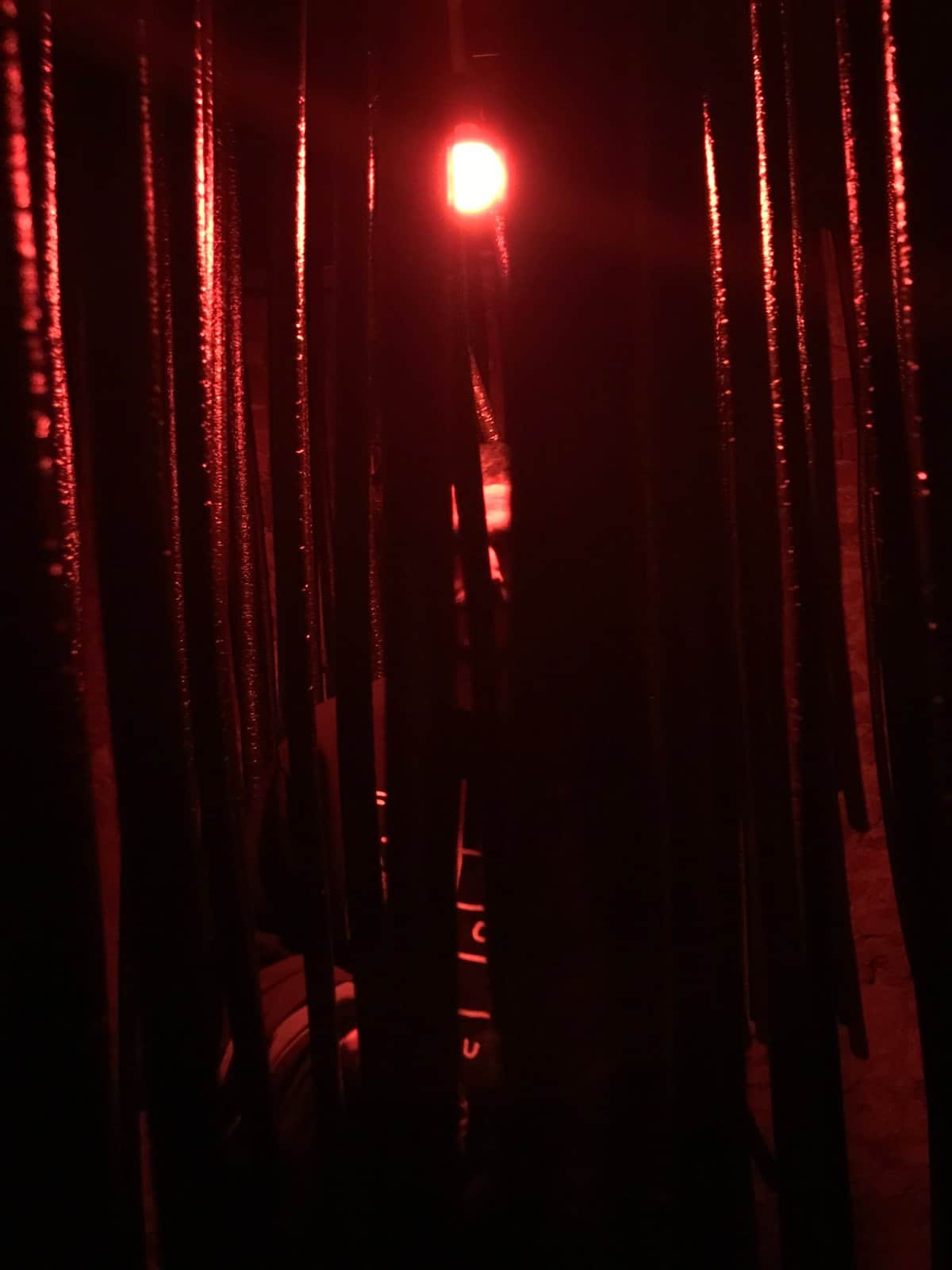 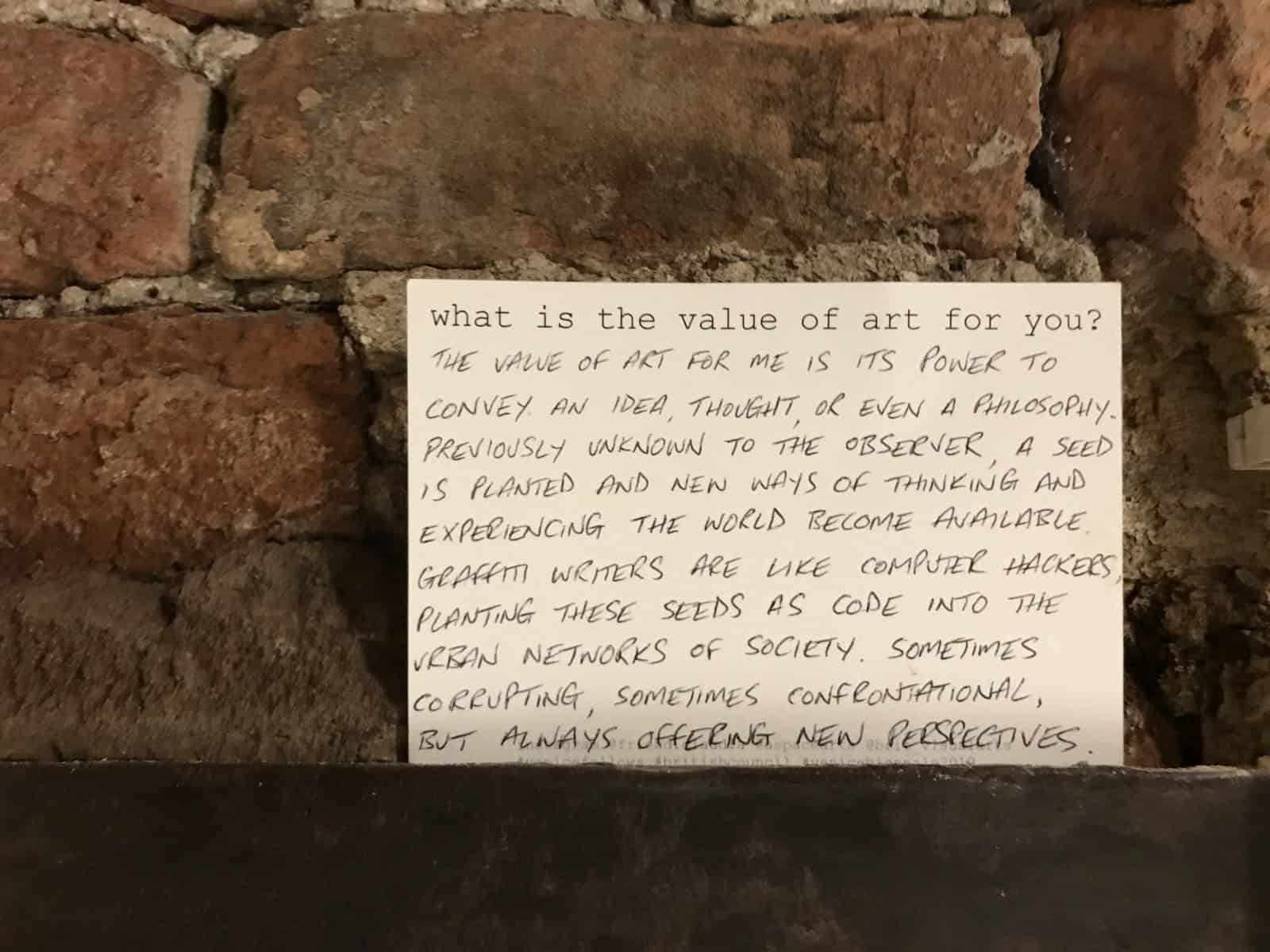 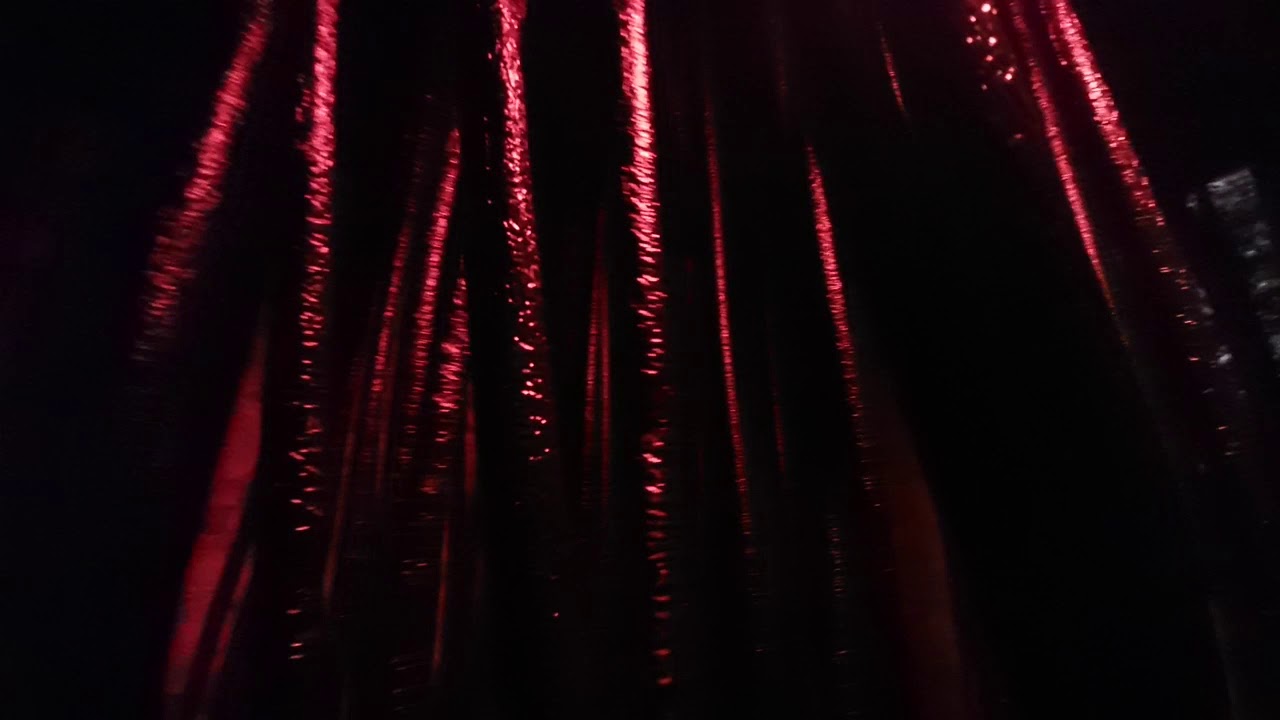 Malaysia Pavilion (Ivan Lam)
One of the installations which I liked the most. It was just a dark room full of loud TVs facing the walls. Somehow it represented for me really well the world where we actually live and how I normally feel.

For the last day, we just left some small pavilions inside the city and the “famous” Iceland Pavilion. I was making jokes all the time about that pavilion because I supposed that “only” women would like to go there. Why? Because on all the pictures I’ve seen about that pavilion there were women looking surprised at the installation. And I was not so wrong, 90% of the people who we met there were women. This was just an anecdote. The most I liked about it was the dark side, I don’t know why, but I felt comfortable there. There was a sound installation so you could listen to some voices and music as you were walking through the “cave”. 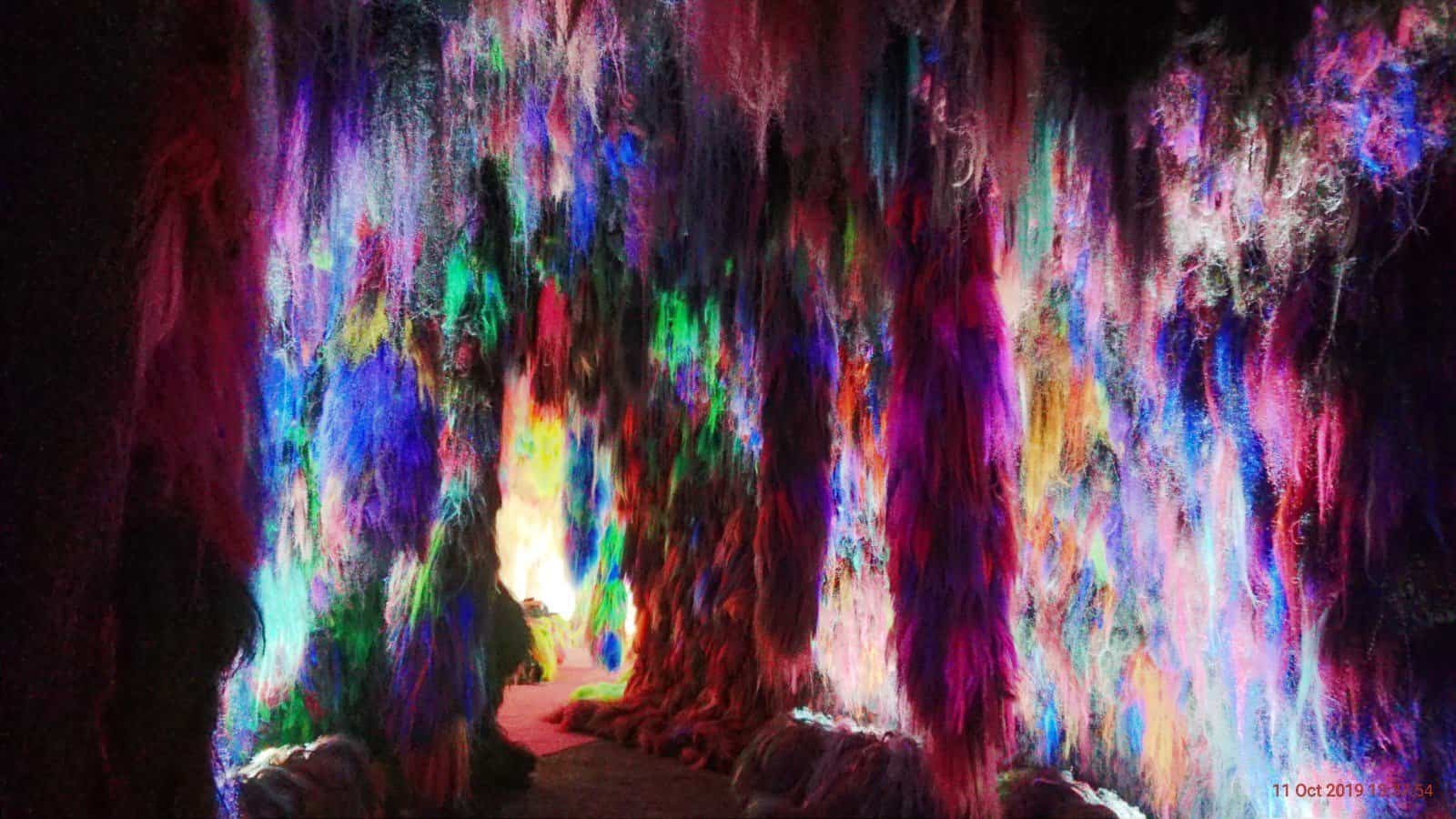 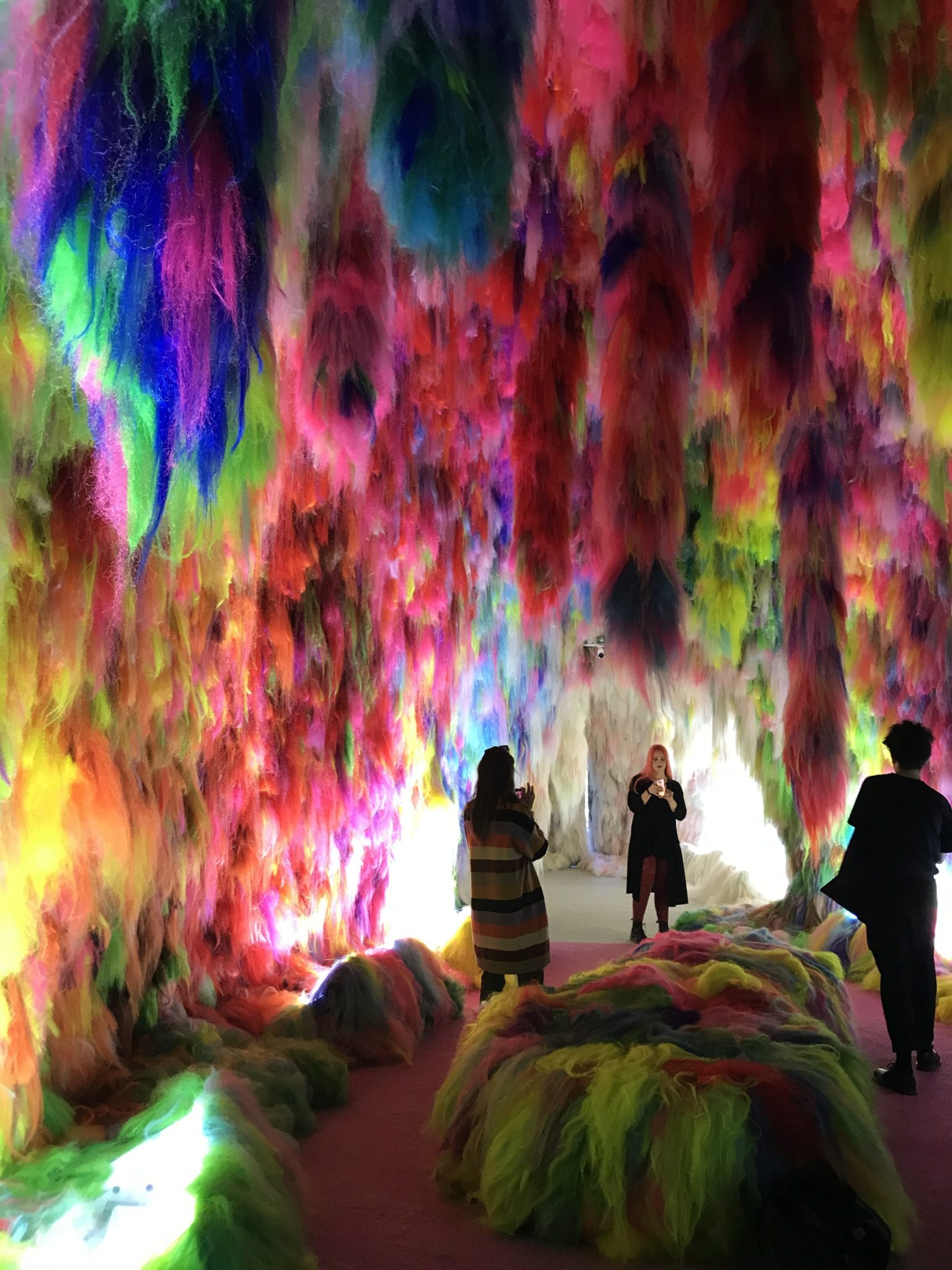 (Yes, they are hair extensions)

Other than that it was nice to be able to walk almost alone in this part of the city which were not so invaded by tourists. Yes, by tourist like us.

My first and, I guess, my last visit to Venezia. It was an exciting experience visiting the Biennale for the first time, but that massive tourism just makes me sick. From my point of view, this massive tourism is one of the enormous problems nowadays. The problem for the citizens of the invaded cities, and challenge for the environment. But, hey… who cares… money!!

As we say in Spain,

(Bread for today, hunger for tomorrow.)