Munich Breaking News!! An impressive decrease in illegal drug use due to Clubs closure

This last issue has had an incredible impact on Munich city. The illegal drug use(not the legal one) has decreased like never before, experts say.
*I want to clarify that this article is related to only illegal drugs, not the legal ones like Alcohol or Tabak. These two last is already know by everyone and experts that they are good for your body and your mind.

Illegal drug use is right now in Munich around 1% but the safety corps are still fighting to get it to 0%. Before the Clubs closure the illegal drug use was around 35%, reports inform.

Many people were arguing against the clubs, but now we can see that they were not wrong at all. Now you can walk on the streets without having a fear of being assaulted. Last week in an interview with a citizen, and CSU supporter gave these words to us:

“Yes! I really love how clean and tidy is the city right now. When I wake up on Sunday, for going into the church, I don’t have to deal seeing those fucked up faggots. I hope they are in hell right now, with the club owners and those satanic Djs too.”

Many interviewed people in Munich’s streets have the same opinion as this 89 years old woman.

Is this happening only in Munich? Reporters from other countries around the world are witnessing the same situation too.

Maybe we will be able someday to say that COVID helped to fight against the use of illegal drugs around the world. And that COVID proved that Clubs were the main evil and source of problems related to illegal drug use.

*Note the irony of this fake article which I invented to show that Clubs are not related directly to the use of illegal drugs, as people keep doing illegal drugs as they were doing before… and drug dealers keep being able to have a live selling illegal drugs.

I would say that they are one of the most benefited of this pandemic.

I have seen the last months that it has started a campaign related to alcohol use. This is one of the banners they are using: 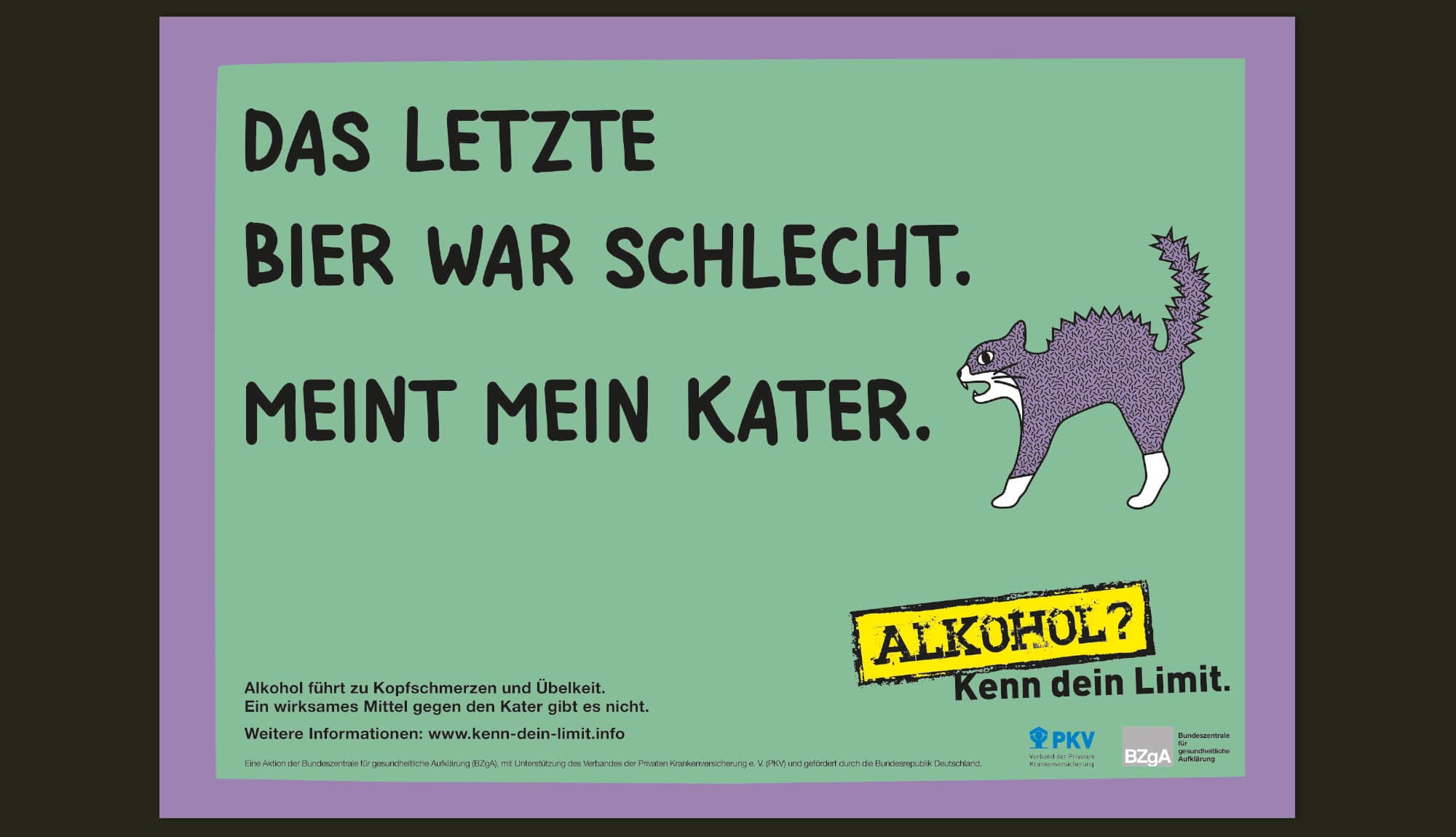 The last beer was bad, says my hangover

hangover = ‘cat’ on german
On the bottom, one can read,

I just wondered what would happen if instead the word “Alcohol” we would see “Cocaine“, or “Heroin“.

Would you imagine such a campaign?