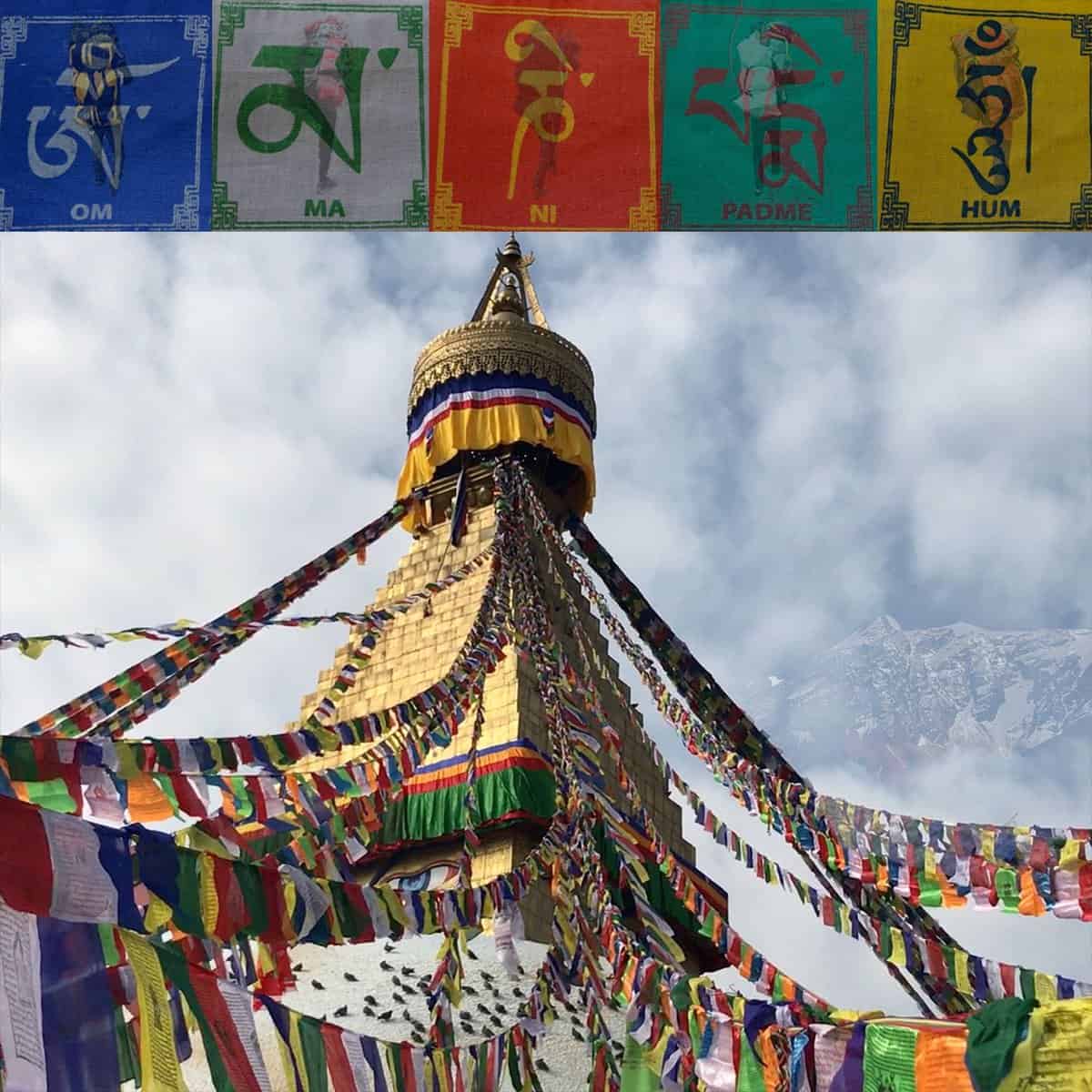 After months of working in the recordings made in Nepal during November/December 2019, the time has come.

As already announced, all earnings from this release during the first 3 months will go to the NGO Apa Sherpa Foundation

I would not define this release as a “Techno” release, but as “Electronic” or maybe kind of “Experimental”. Name it as whatever you want.

For all Tracks excepting for “Nala pass”, I’ve only used audio recordings from my Tascam XX as a source of the sound. The arrangement, editing and processing made as always on Bitwig, my favourite DAW.

All of them are special for me; here, you can find out why:

The recording was done at Boudha Stupa, this time with my Smartphone as I didn’t have my recorder with me. It was unexpected, but in a short of time, a large group of people with regional clothes appeared. They were mainly older people with friendly smiles in their faces. They were posing for taking a picture when then suddenly they started a kind of singing. When the women began, they were not yet coordinated, but I already knew that something beautiful was going to happen. Therefore I stopped on one side, away from the camera and the group, trying to be unnoticeable, and I started to record. The women finally coordinated to sing all together, and it blew my mind away. I was incredibly happy about being recording that moment. When I thought the “show” was to its end, the group of men close to them started to sing too. It was like a kind of traditional villagers singing. Of answering between the male and the female group. I guess villagers because the traditional clothes didn’t look expensive at all. I’m also happy about having a picture of them because I usually never take photos of people.

During the trekking, we had one free day to climb into a mountain or to rest. Because we were already one week en route and because the 4k pass was waiting for us, I decided to take a break. After some hours reading, I decided to head out, even when the weather was not good and the temperatures quite low. On the walk, I see one of the packagers guys, and he invites me to come into a war kitchen from a house where they were. When I enter inside, everyone greets, and the women offer me some warm tee. At some point, I hear some strange sounds and bangs and shouts coming from the ceiling. Some rice grains were also falling through the spaces of the woods. The packager noticed that I was mindfucked, and he asked me to follow him. We go outside, and he points to the second floor, inviting me to follow him. I climb the ladder, and before entering the room, I look at him kind of “do I’m allowed to come in?”. He nods, so I walk inside.

What I found was, at least for me, magical. Five priests, everyone with a different instrument, were doing a kind of ritual while praying from his old papyrus and books. One was with a hanging drum, another one with a big shell. Another one with a bell and a rotating hand prayer wheel. And the fifth one was prepared to hit a hanging hi-hat. I sat on a bed, close to the guy, and at the beginning, I felt scared as fuck. After some minutes the guy looked at me like asking if it was ok if he left, and I nodded. I just closed my eyes, trying to not to disturb them, and I took my audio recorder slowly out. The final audio recording is 30 minutes long, which is the time I stayed there. Every approximately 10 minutes, they were stopping praying and started to play all instruments at once, like wanting to scare evil spirits. I think I’ll never be able to forget that experience.

One of the most unpleasant and hard times during the trekking was the day we had to go through the Larkya La Pass. We started walking around 5 AM in de dark using headlamps. When it should be sun rising, it started lightly to snow. I saw it as a wrong signal because we were already almost 2h from the camp, and we had 3h before us till the next village. I was starting to freeze as fuck because some of the group members were having breathing problems, so we had to stop every 15-20 minutes. The storm then started to get stronger and stronger. The wind was so hard that it was difficult to even walk. The temperatures were going down as we were gaining elevation. Gloves were freezing, face and beard were frozen, group members seemed to be close to dead. Thoughts about dead were running around my head because I knew we still had a long way in front of us, and turning back was not an option. One of the guides lost the Track we were following. There are no good memories of that day in my brain. This is the only Track where I’ve used external hardware synthesiser because I wanted to give so much from my feelings in my memories as I could, so I made some live recordings.

The last days of the trip we stayed in Kathmandu. One day my whole group decided to drive into an “ancient village” for tourist, but I decided to stay alone in the city and walk around. During the almost 6h excursion, I witnessed all kinds of sensations. If I’m not wrong, I walked through nearly 3 different districts, being able to notice some significant differences on the people and the streets. At one of the most crowed points on a big crossing, I found a man who was selling different things on the floor. I found him really funny because instead of screaming, he had built up an old Smartphone glued together into a megaphone. A really fucking brilliant smart move of being lazy. The voice was looping and looping again through the megaphone funnily and magically, so I decided to record it. I have no idea what it says.

Rakesh, one of our guides, has translated the voice for me and this is what he wrote to me:

The vendor is selling smart phone accessories for Rs. 100 each.

After being walking the first days over a lot of suspension bridge I decided that it was time to record the metallic crunches and the wind walking over one of them. It took me a while until I found sound parts in the recordings without strong wind, which distorted all sound. I did not think that the wind would be recorded so loud, but anyway I could find some metal sounds on that 5 minutes audio recording. I love the hypnotic vibe of this Track which brings me back to those scary bridges, bouncing from side to side over the void.

For the artwork, I wanted to honour those young guys who carried part of our luggage during the trekking tour. The real heroes of this story.

I hope you enjoy this release as much as I do. As always, feel free to share 😘 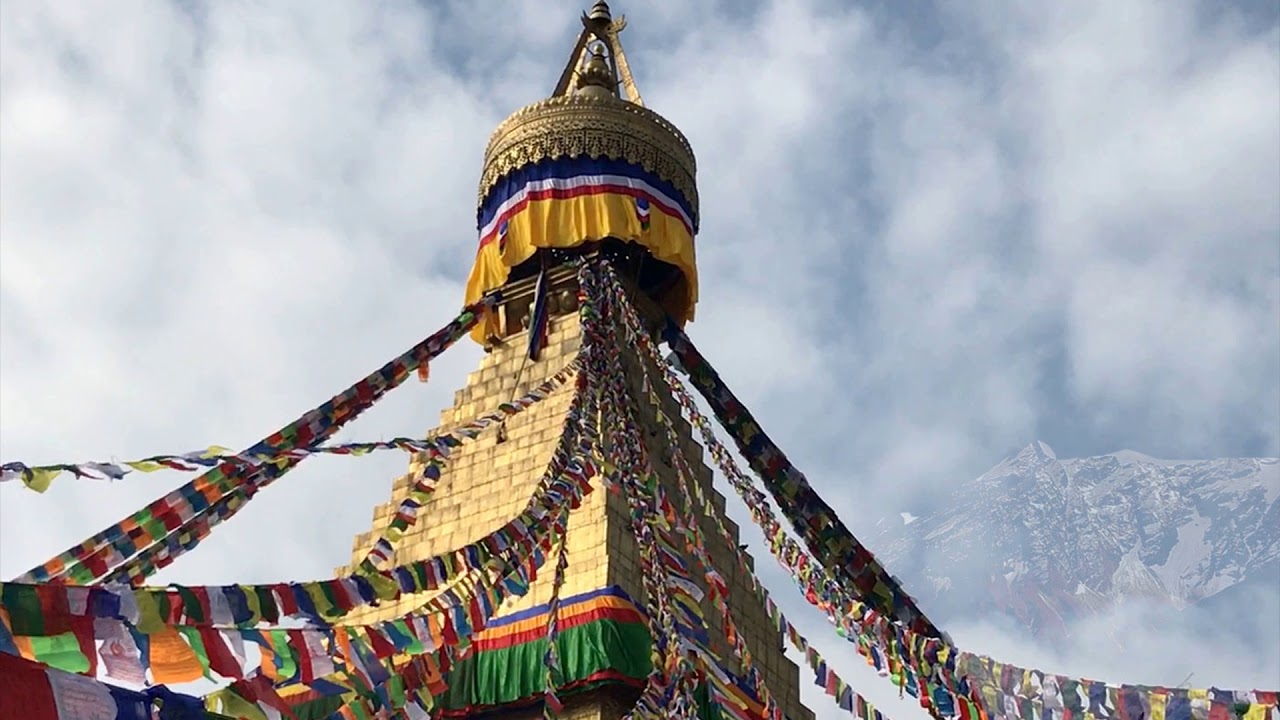