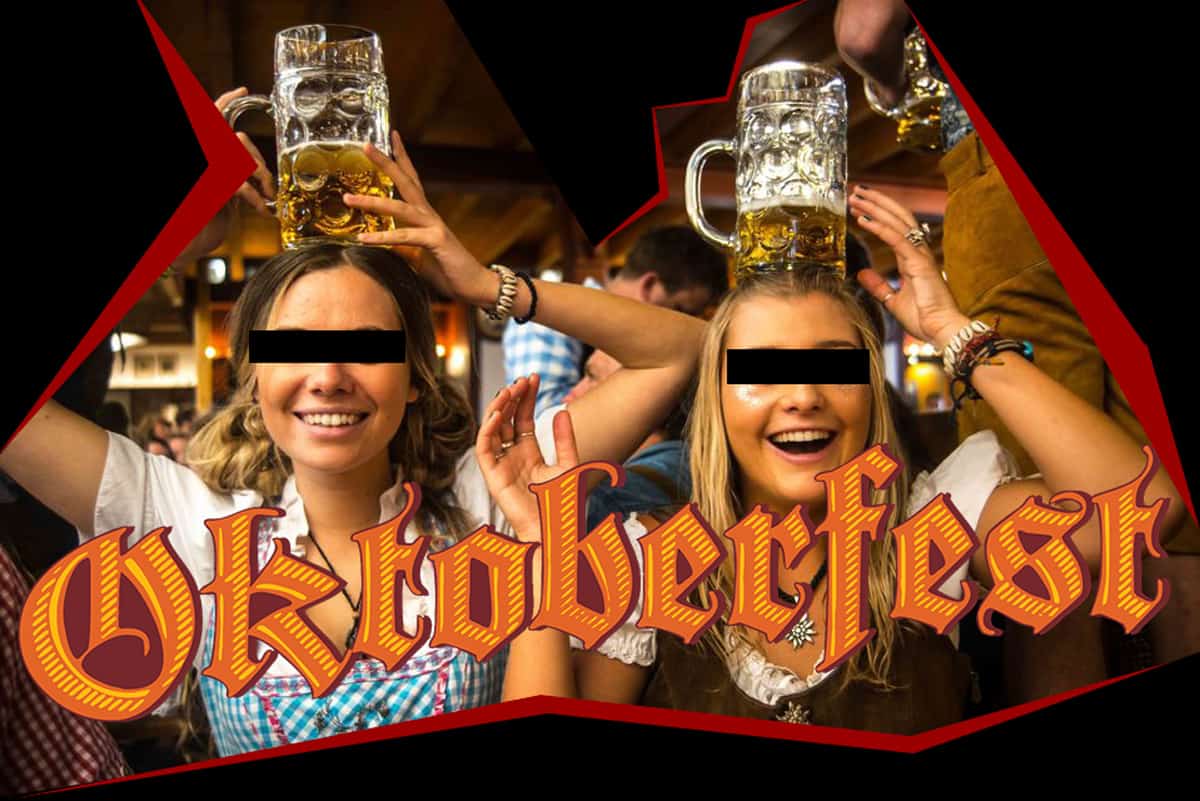 That time of the year has arrived again. It is Oktoberfest.

Almost all the people are happy and hurrying about it, but me (I guess).

The Oktoberfest is a traditional festivity in Munich where could be resumed as hundreds of people met to get drunk. Yes, there are other things around the city (concerts, fairground attractions,…), but the basis of the festivity is to drink alcohol massively (the standard size of the drinks are 1l beer).

The ironic side of all of this is that in such a conservative city, it is supported and promoted the drug consume in such amounts (yes, alcohol is a drug). Meanwhile, Clubs are being prosecuted -> Munich: (Clubbing + Police Control) = clubbing scene will disappear 🤔.

I guess that a lot of people will be controlled during the Oktoberfest, at the event location, by the secret police. Right? 🙄

Call me naughty, but I’m quite sure that some people will be rolling at least cocaine.

Maybe I have to mention again, that if a drug is legal, that doesn’t mean that that drug is less harmful than illegal drugs. But this seems to be irrelevant to the Munich authorities and to this society.

Let’s put an example. Let’s say that instead of beer, it is allowed to smoke weed. So much as the assistants want, but only grass, without mixing it with other drugs like alcohol. I can 99% sure say that the medical attentions would not even be close to 5,700. Instead of weed, you can substitute it with almost any other illegal drug.

For me is hard to believe that people all around the world fly to Munich during the Oktoberfest just to get drunk at high prices. People are free to do whatever they want to do. I’ve been doing similar things for years.

Other point which you will never see on the statistics, or at least rarely, are the cases of the violations. Seems to be almost irrelevant.

Another topic is about where the drunk people piss and puke on the streets and/or public transport.

Ok, I think it is enough so that you can have an idea of why I’m not a big fan of the Oktoberfest.

If you want to visit the city of Munich, I can only recommend not to do it during the Oktoberfest. If you plan to go clubbing, also the same. So far I know there is no “Oktoberfest ban” at any club in Munich. That means that you will generally find people drunk as fuck between the crowd, who usually are also quite aggressive. At least that was my experience last years.

If somebody is defending something because it is “tradition”, let me say that it is bullshit. Using tradition as an argument to protect something… let me say, it’s stupid. I know about what I’m speaking about, coming from a country with many senseless traditions. Let’s use tradition as an argument to recover the gladiators. Let’s also bring back the castratos (https://en.wikipedia.org/wiki/Castrato). Or just let’s get back those arranged marriages. Burning witches again would be also really nice.

My 5 cents about the Oktoberfest would go for the half chicken, which is really good (even tastier when you are drunk), and those sexy guys who are walking around in Lederhosen.

As the last message and to close this blog entry remember,

Because a considerable amount of people do something, it doesn’t mean that it is right.

PS2: The Oktoberfest starts always in September, not in October.