Back from that special yearly event, once again. It never disappoints.

All these things met together at the same time in once place at the festival Parallel. It’s always sad when the festival is over, but now I’m back in Munich fully charged with inspiration and hope in electronic music, again.

Hope because what I’m witnessing quite often during the last years is somehow slowly burning me out. That “fashion/business Techno” instead of music lovers. Gay Berlin techno Clubs becoming the new Ibiza for heterosexual pairs but on black.

Parallel confirms again that all that is just trend, hype and bullshit and that the music (electronic in this case) will make us free and speak by itself.

After building up the tent, we reunited with old friends aka family. We ate something, and we headed into the main, and only, stage. Huerco S played an Ambient set about I did not focus too much (tons of things to speak and greeting more familiar faces on the bar and/or dancefloor). The same happened with Vactrol Park.

When Crossing Avenue started, it was almost dark, and there were practically no more people to greet. Therefore I could “focus” a little bit about this act. I really liked how they used some organic sampled sounds, which gave a kind of warm tribal feeling to the place. They brought an excellent mood for was coming later with Svreca. 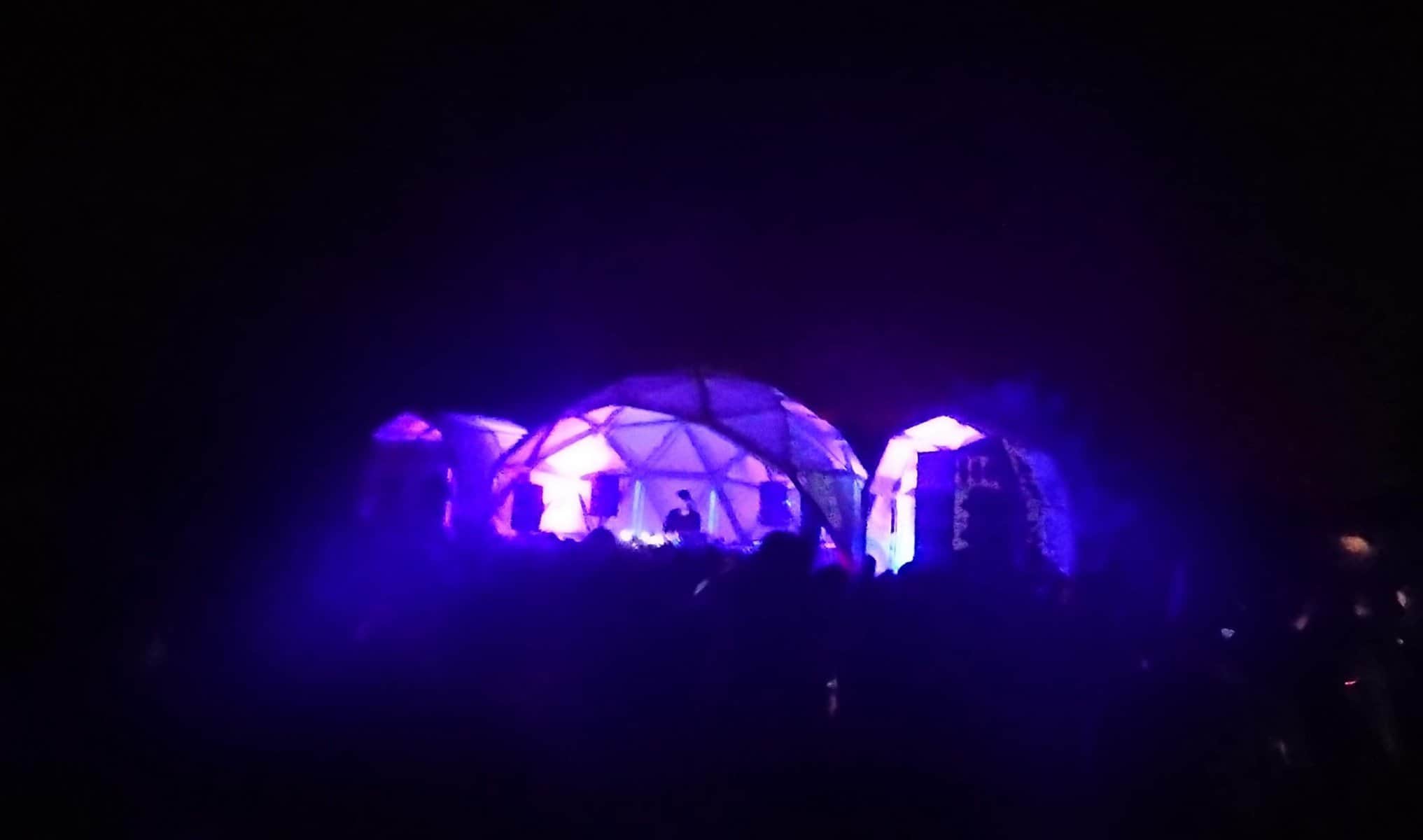 Svreca gave no mercy. Really dark and hard hitter techno, sometimes really abstract but other times concrete. But the darkness did not change. An excellent set which even not being till the end gave me a feeling of being already on Saturday. I missed the last 30 minutes of the set, but friends told me that he closed with a kind of surprising track, that after they humming me it, I was able to recognize it.

It was “Poeme without words”, for me a classic from the 90s in Spain because a cover production which was quite famous

After sleeping, having a shower and having lunch, we headed to Mousedown around 14:30

I found his set really really good, even for being sitting on a picnic blanket in the shadows. I don’t know how, but he achieved to resurrect the whole people who were just resting from the sun, to jump and head into the dance. The music was not rushing, but it was groovy as fuck, so the people didn’t want to waste that good set just sitting around and we jumped into dance.

After him, Wanderwelle started, and it was, from my point of view, a massive mistake from the festival organizers. Why?

Wanderwelle killed all that Mousedown had achieved before, doing a live performance which for me it doesn’t sound any special. Just like someone playing some Ambient cassettes, but maybe I’m wrong because of not being an Ambient expert. Maybe people who arrived when they just started were able to enjoy it, but I saw how almost all people just moved back from the stage into the shadows or the camping to save energy for later.

I used their live set to move back and eat something. After them, Refracted started, and whit him the rain (sadly, as usual in this festival). The storm took me on the camping so I couldn’t move till it stopped because of helping friends with their camping place and the rainwater issues.

Another meal stop and change of clothes (it got colder) and I went to see Adiel and her 4h Dj set.

I didn’t even know that “the Dj” was a woman, and it surprised me for good (yes, I usually never research for djs in this festival so I can be more neutral and enjoy there acts from a ground level). I really enjoyed her set because of her technique and music selection. She was performing those unique mixes and beatmatchings using vinyl, when two tracks just sound perfect to each other, even with small imperfections. After one hour she was playing at 136 bpm. The tracks were, in general, that kind of Tracks which are really simple in structure but really funny to dance to. Some of them were with almost childish melodies, but with basslines and kicks which put the dancefloor on fire. Everybody was already on party mood, and here maybe another failure from the festival, Rrose came with his live act.

I say failure from the festival because you cannot put a Live act from an artist like Rrose after a 4h Set like the one from Adiel, IMHO.

Anyway, I was somehow thankful that Rrose made what she wanted to make, and brought all the festival into level 0, to take us from there again. How she did that? Just with a sublime intro. Just moving basslines for almost 20 minutes. No kicks or rhythms. Everyone was forced to disconnect and relax for this new trip. She performed one of the most exquisite live acts which I’ve witnessed in my life. It was like a kind of classical concert, but with electronic music. Sorry, but I cannot explain it with words. 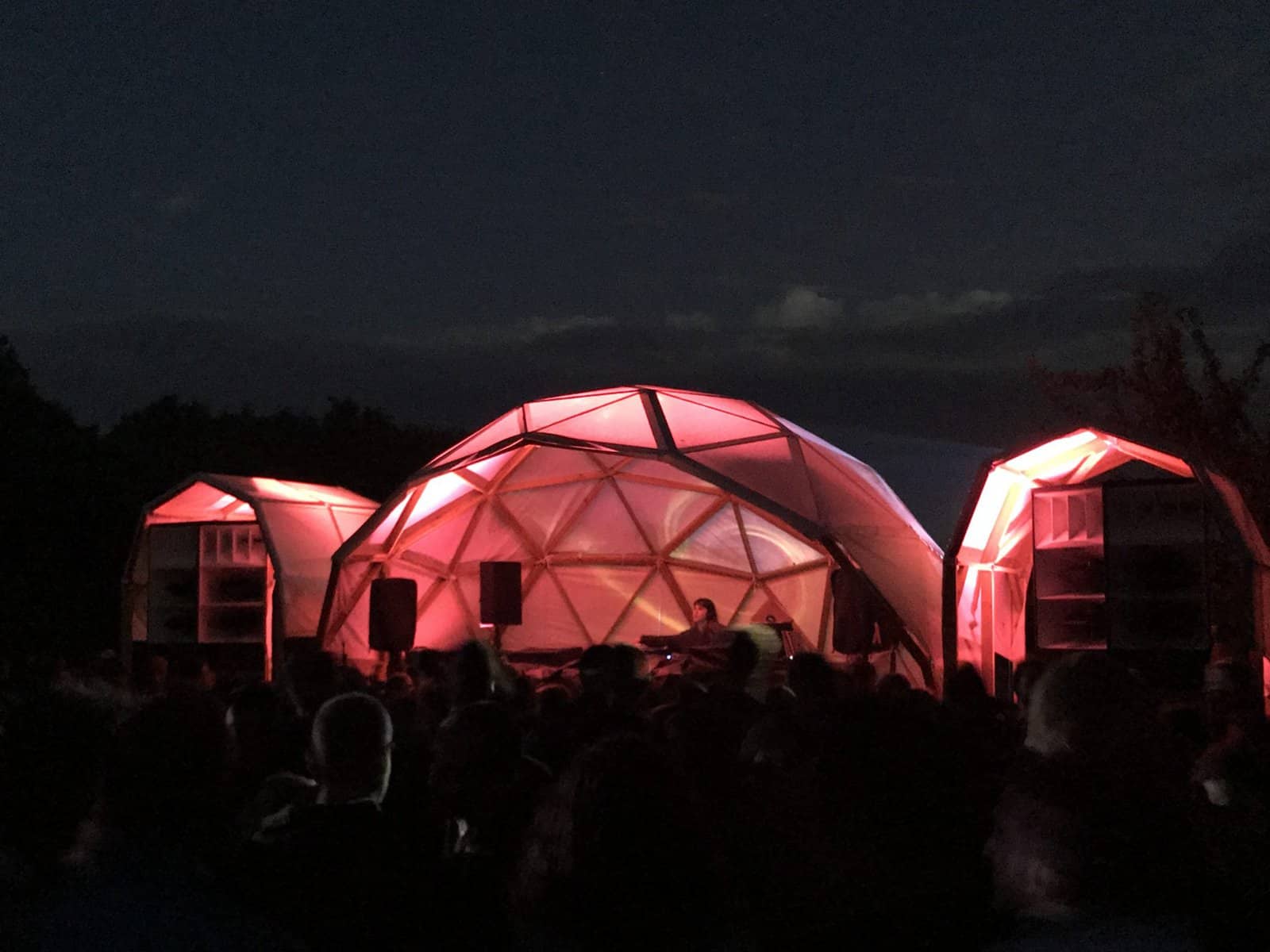 As Rrose performance finished, we were ready to keep going with Mike Parker. He performed a really raw and hard set which matched perfectly with the close of the night. Here I have only one “but”, and it was how he was mixing the Tracks, and it is because it was for me too simple. During the whole Dj set, I couldn’t hear two Tracks playing together longer than 10 seconds. No, I’m not exaggerating. Track in, Track out. That was. The music selection was outstanding, but those crossovers were… just too simple for me.

He played this classic during his set:

I have to comment that during this night and having a clear sky (we were able to see the milky way), we could witness some shooting stars which made it magical. I remember one moment when, even with such a loud Soundsystem, I could hear how the people screamed at once surprised because one shooting star crossed the sky.

After sleeping, shower and having breakfast, I headed to the Parallel Plus workshop, where I built up a hydrophone. It is a microphone for making recordings under the water. I enjoyed soldering and making something by myself, which for sure I will use.

Then I move to attend to Garçon. I just felt in love with his set. It was a downtempo set where he played music between techno, ambient and jungle. Kind of weird Tracks which I really liked, because regularly nobody plays music like that. All using only vinyl. Was also lovely to see that he was also really enjoying while performing the set. He built up the perfect mood for what was coming. 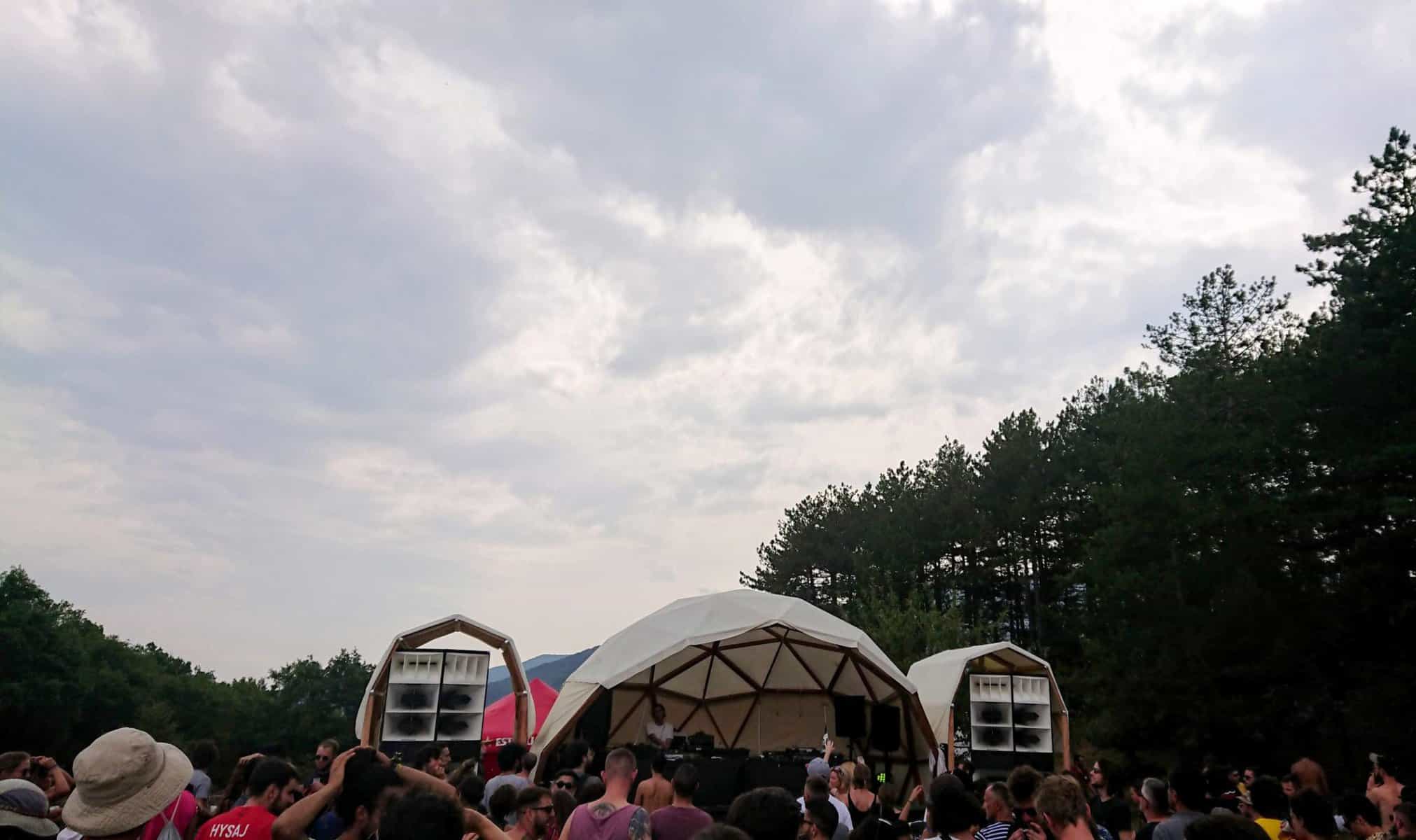 And then, the most awarded Dj came, Donato Dozzy. It was my first time seeing one of his performances. I was a little sceptical because I only heard wonders about him. I believed that it was maybe just too much hype. But I was wrong. He started with a selection of loopy Tracks which matched perfectly to the vibes from Garçon. Because I knew that there were rains announced, I took my oilskin with me, prepared for the shower. Then at some point, it started to rain cats and dogs.

Without having almost time to react, and I don’t know how Donato achieved it, the music began to sound with rage. It became harder and faster in just seconds, together with the rain. People started to scream. It was just perfect. After 10 minutes, the rain stopped, but Donato was already prepared for giving no mercy. Arriving at the end of the set he slowed it a little bit and ended it with a beautifully melodic track. It was the perfect closing of the festival.

After three days, I’m still with a smile on my face. This festival brings so many beautiful things in my life, which I will never forget.

One of the persons I missed this year was Ken, our friend who came from Japan every year and who is one more of the parallel family.

I missed the guys from natural electronic system too. They should be “residents” of the festival.  I loved their sets.

Another funny thing happened the first day when I talked to a girl because his face was too familiar to me (Berlin? Munich?) and she told me “of course I know you, you are iZueL!”. Then we found that we had contact years ago over Instagram. She was together with his boyfriend for the first time at the festival, and so far I know, they loved it. (If you read this, please send me an email so we can be in contact and met again when I travel to Berlin 😉).