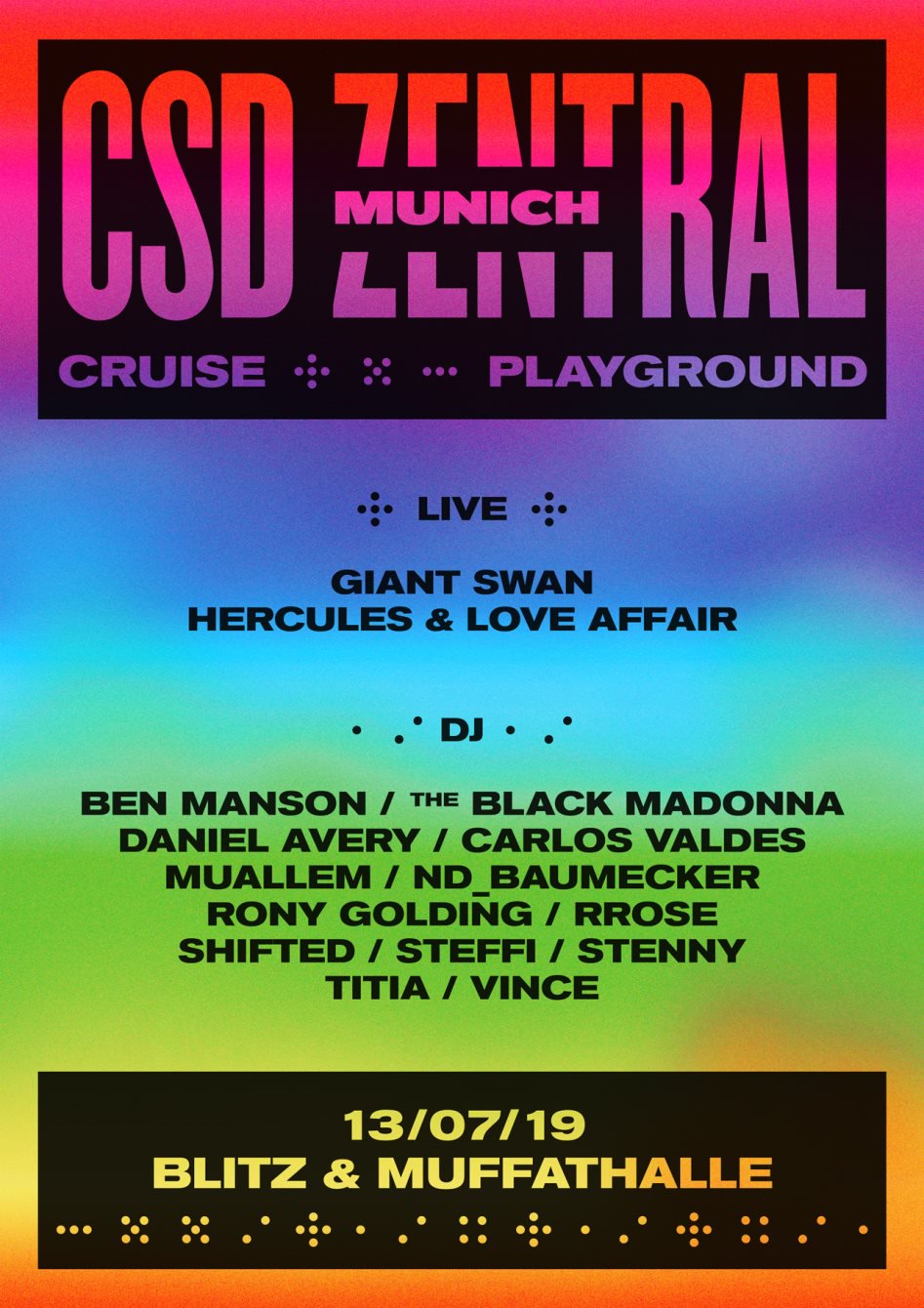 Last weekend was the CSD (Christopher Street Day) in Munich. During the day, I was with some friends attending the parade, which is somehow our yearly tradition. Even with the rain, we were able to enjoy it.

After a break, I headed with some friends into the “Rathaus Clubbing”. What the fuck is that? The open the Townhall and organise around eight different dancefloors with different music styles. This year was my first one, and I was really positive surprised. Normally the Townhall is closed to the public. I could not imagine anything like that being done in Spain, just because of vandalism 😅.

Around 3 I and my bf decided to move into Blitz. As we arrived, Giant Swan was performing live playing really fucking hard and distorted sounds. I was afraid that I would not be able to last very long, after having already partied during the day. We decided to wait outside until 4 AM, which was an excellent decision.

Shifted started with monotonic and hypnotic sounds, which were much more softer and delicate than the sounds from before. In the beginning, it took some time to dive inside, but after 15-20 minutes, my body and my mind were ready. Maybe because I was already exhausted, it was easier for me for getting me lost into the sounds… but it was incredible. After almost one hour, I realised how Shifted were crafting the Dj Set, without being able to notice any clearly transitions in his mixes. It was like if one only Track was being played and evolving during the time. Four filtered kicks and a new kick was coming inside, a little harder than the one before but maintaining the same atmosphere. The whole set was a really incredible trip and a disconnection from this world. All the people were dancing, which is really rare to see in Munich. Nobody staying or speaking about shit.

This Shifted Dj Set together with the last from Aurora Halal and UVB, are till now the best Dj sets from this year which I have witnessed.

After it I decided to move home. Enough party for the whole weekend with a perfect closing.

The only “issue” about the party was the presence of secret police inside the event area random controlling people. As I arrived and I greet some old acquaintances, I noticed in the air a kind of tension. I didn’t really understand it at the moment, but as I left the party, another friend told me that the police were controlling the people during the whole night. Someone said to me that one guy was kicked out because of not wanting to do a “voluntary” drug test at the party. I don’t know if this is true but just controlling people at the party is sick as fuck.

Again the Munich police doing it wrong. Munich is the only city where I’ve never seen a drug dealer in a club. In 8 years, never. Why? Because these random controls done by secret police at the events/clubs are more than well know. What do these controls achieve? That the people don’t go into the clubs and stay (safe) doing drugs at home. That the Munich “electronic music” scene is being built up at private afterhours in flats/apartments/houses and not in the clubs. Thank you Munich/Bayern police for fucking up this, just because of busting a kid with one pill or a half gram of cocaine/ketamin/speed.

You are not saving lives. You are not decreasing the drug consume. You are not catching drug dealers. You are not making the city safer. You are just fucking up the music culture and social life in clubs. Maybe you should focus on more significant problems.

And one of the worst things…. the clubs are allowing this in order to don’t get closed or get a raid.