Weekend in Berlin with the excuse of meeting an extraordinary person and better friend after almost 10 years. The time sometimes doesn’t pass. 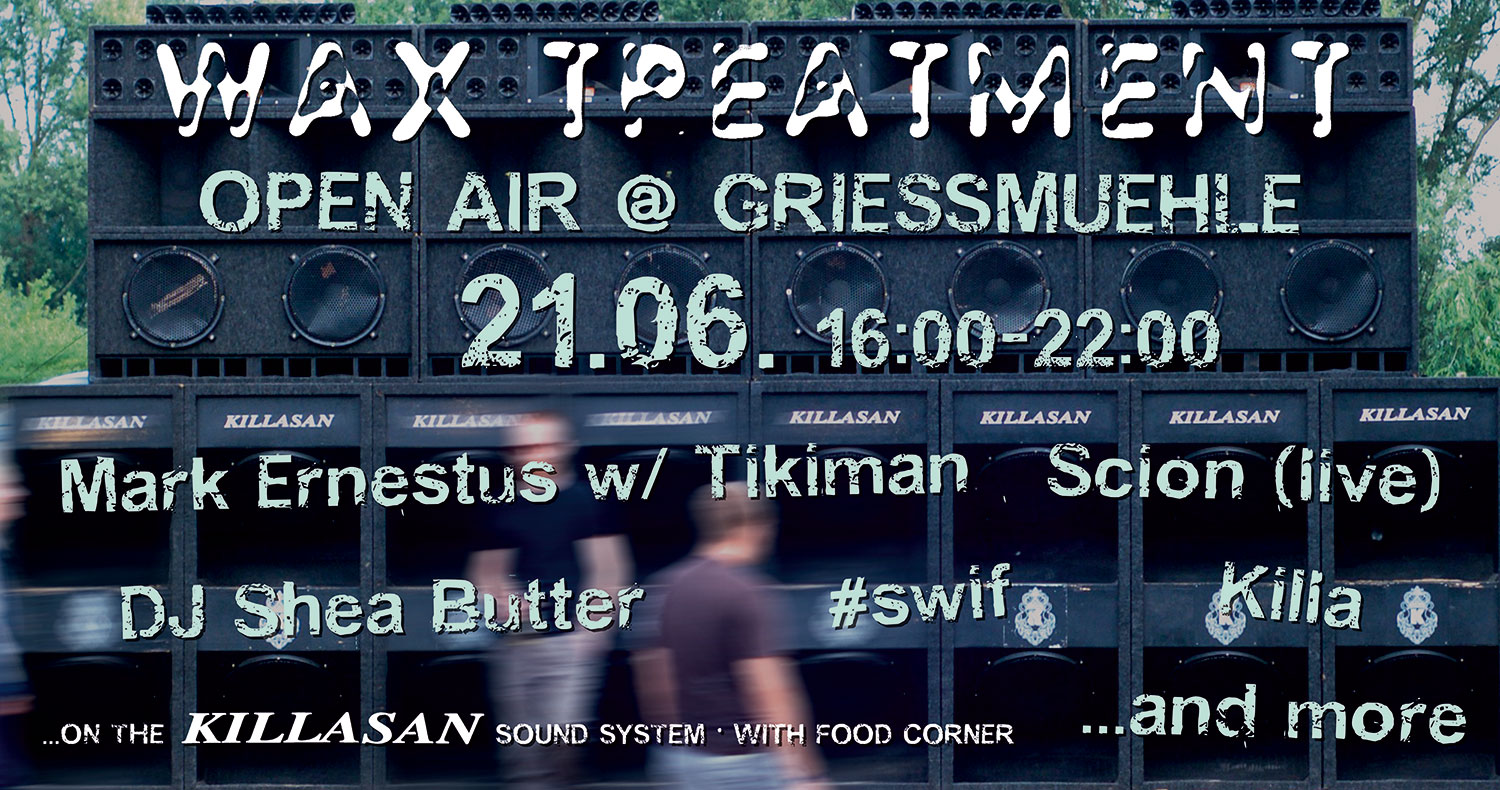 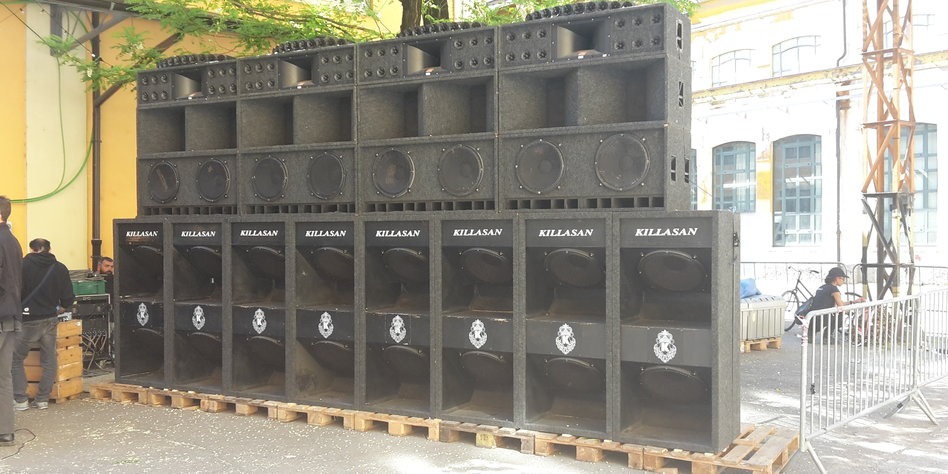 Perfect weather, friendly atmosphere and good Dub music. Dj Pete and Vril were around and I saw also other Djs like Noncompliant.

After that, I moved with some friends to ://about blank (even not being a big fan of the club after those anti-Palestina issues last year), for the “buttons” birthday party. I decided to go there anyway because of the weather conditions and the possibility of getting a “nein” at Berghain on Saturday because the party in AboutBlank was from Friday till Monday.

Saturday I spent the day with a friend (hi Diana) walking around Neukölln because I’ve never visited that district before. Just walking randomly around. I get really impressed witnessing so much life on the streets. On every street, something was happening, and people were enjoying the summer playing table tennis or just sitting around. That’s doesn’t happen in Munich, inside the city, I mean. So many shops, spätis, Cafes,…. a living town.

At the end of the day, I decided to try Berghain for getting the Stamp, and it happened again the same. Even having no intentions to stay long there, I left the club around 10AM. 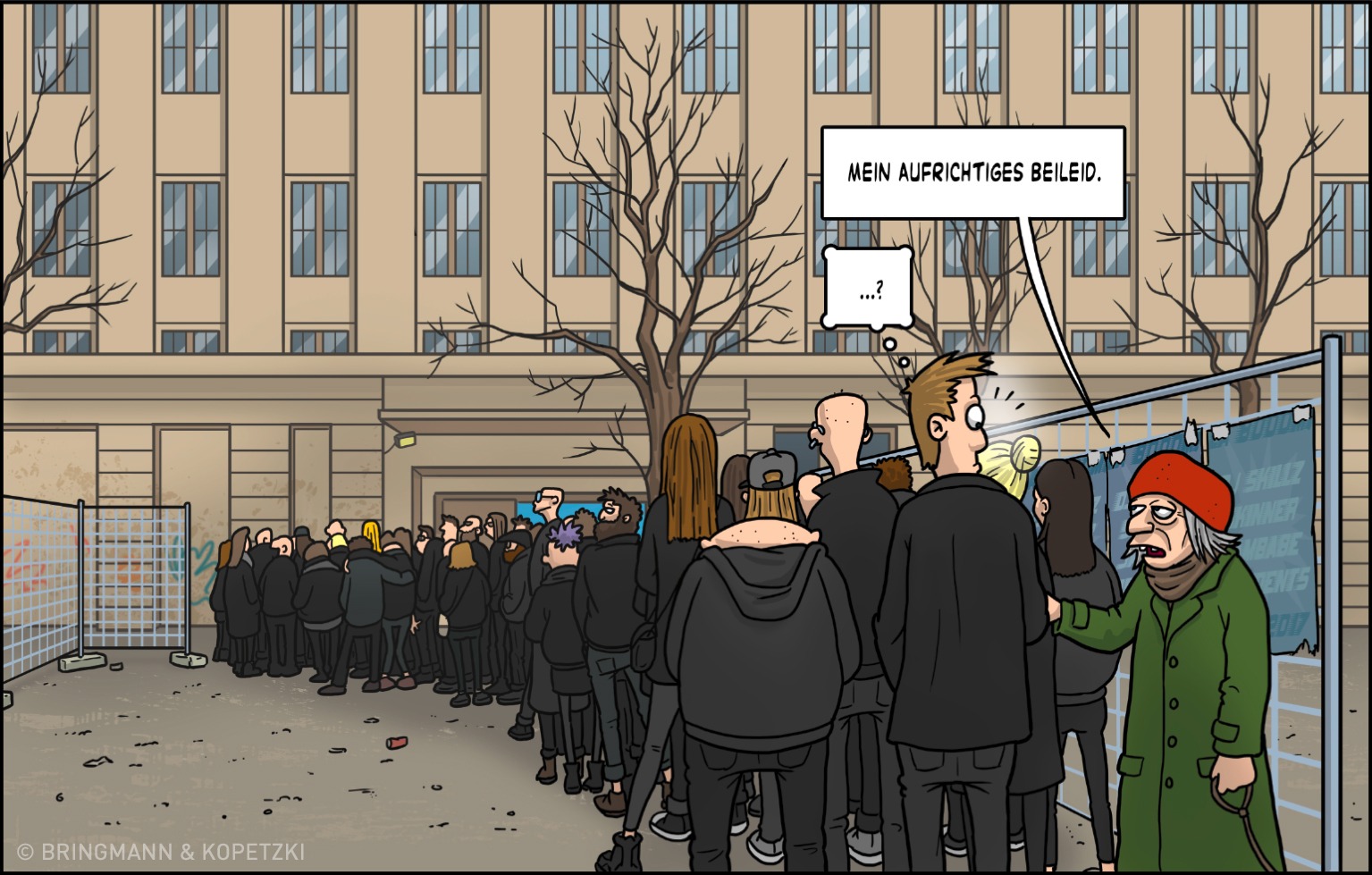 I’ve never seen such a long line of people before on the club. Anyway, it took around 1h (only) to get the “ok” from Sven.

We just wanted to see just Ansome (live) and UVB and then come back on Sunday afternoon again.

Ansome made a really hard and boring live act. There was no groove, just distorted kicks and random background noises. I could not enjoy dancing at all.

UVB was for me the best act from the weekend. Tough techno too but really breaky and with some beautiful melodic moments. Much more groovy and even sometimes tribal. 4h dancing making breaks for peeing and/or buying Bier/ClubMate, he just killed me, but I really enjoyed it.

Later I made took a small break for the coming down. I came back from time to time to see Charlton. I’ve never heard about him before, but I got really disappointed. I witnessed really bad beatmatching happening too often and without any try of correcting them or making it even worse. No connection between the tracks at all. Once one of the Tracks just ran till the end leaving like 15 minutes of silence on the main floor and just reacting putting a wrong loop in. Ok, I’ll not continue with this critic as it doesn’t bring anything, it was just bad technically and musically.

I just stay in the club because of having met old friends, so conversations were the main thing. And as the club was not crowded at all, it was really comfortable. Not a sauna, yet.

Break for Food, shower and sleep for the round two which would not be really long knowing that Ben Klock was making the closing. I don’t like when I cannot dance because of lack of space, and that happened the two times I’ve seen him making closings years before. For me, one of the main reasons for going into the club is because of dancing. If I cannot dance… what the fuck I’m doing there?

I came back around 17h mainly because of the Garten. Last year was my 1st-time there and I really enjoyed it.

I met some friends again, and we sometimes tried to go inside, but there was no place on the dancefloor anymore, and it was warm as fuck. With such sunny weather, we spent almost all the time outside. Meeting new people, old friends, speaking about music and life, laughing, dancing… and then the Dj played the perfect track on the perfect moment, teleporting the whole Garten to another better world/dimension:

The human league – Don’t you want me 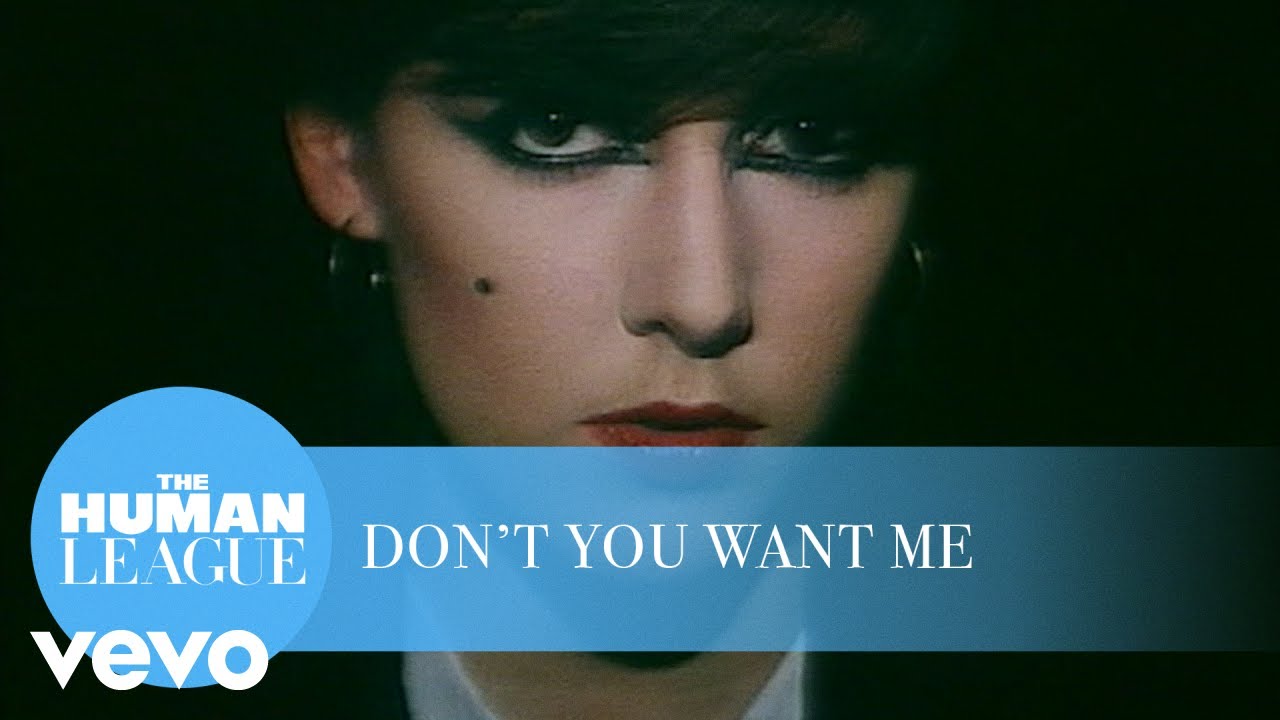 The power of the music….. all people went crazy and started to dance and to sing full of joy and happiness. I’ve witnessed very few moments like that, and I guess I’ll never forget it. You could hear the whole crowd in the Garten singing over the song, and the Dj started to make some cuts stopping the music so that we could listen to ourselves. It was wonderful.

Garten was closed, and the only option was going inside into a dancefloor where it was difficult to even breath. I saw almost 30 minutes of Bass Mooy while we were trying to find a place to dance. Jay Clarke started and even on those conditions I really liked it. Much faster techno (and louder…) than during the morning. I identified some old tracks which I remembered from old sets from Oscar Mulero and surgeon, which gave me that motivation of dancing further even being sweating like a fountain. We had to make short breaks for going outside and taking some fresh air but around 22h I decided spontaneously to leave home. I reached that point where I was already tired without being able of finding any motivation for dancing further in those conditions. I wondered then too if it was a gay club because of almost not being able to see any gay guys or groups, or at least not like years ago. I remember years ago when hetero friends were feeling uncomfortable because of gay people… I guess that now it is precisely the opposite. Trendy heterosexual people are fucking it up. Nothing new. Maybe Berghain should start checking the social media of the people and ban those “like me I’m cool” bitches/br0s

This “new Berghain” seems to be starting to be like Ibiza but in black.

I also missed those conversations with random people years ago. Now I saw no interaction between the people, they were just on their groups, in their bubbles. I witnessed again some people watching at me like “what the fuck is he doing here”, I guess because of not wearing all black and that shit. Or because not dancing like all others. I remember that kind of communication through the dance with people I didn’t know before, in some sort of sharing the joy and having a good time. Or when people talked to you when you were resting. The only smiles which I witnessed on the dancefloor were from gay guys, mainly older than the average. I guess this is because they don’t give a fuck about how “cool” you look like, but how your mood is. I cannot dance with an angry face… if I do, will not be for a long time. The other ones were from women who thought I was straight because of wearing a T-shirt, not having my top off.

Shoutout to the barman from the gay bar for still somehow recognising me after so many years and for being really kind to me even never having had the chance to have a conversation. Sometimes you don’t need to use works to communicate with a person, I guess.

A beautiful weekend with perfect weather, some good music acts and meeting some charming new people (Samuel, Ronny, Bea…) and witnessing that my friend Zaida is still the same after almost 10 years. And thank you to Diana for hosting me once again 😘