The next one is from beginning 2000s and everyone in my hometown knew it.

Ok, now you will maybe understand why I’m always in love with hard Kicks.

Something harder, between trance and jumpstyle, but with a really prominent melody. It was known as the hymn from a famous Club between Zaragoza and Huesca, Coliseum, 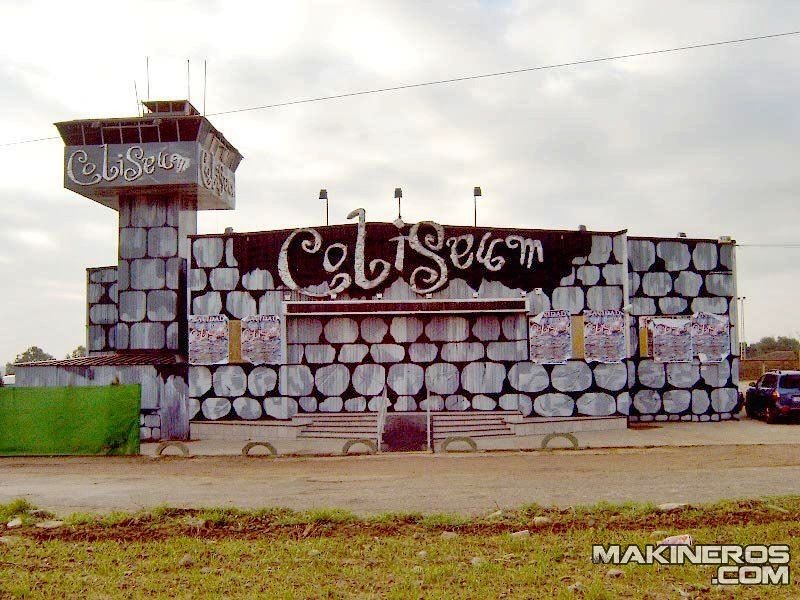 It was and will be for me a significant influence. The Club was opened in 1993 by DJ Frank, one of the most valued Djs back on the ’90s. For me, it was the first source of electronic music in that era without the internet.

My sister, who attended their parties quite often, taught me the hardest electronic sounds through Dj Sets recorded on cassettes and later CDs. From HardHouse to HardCore, going through hard trance, makina and jumpstyle… it just amazed me on my 11/16s.

I know some of the sessions from Dj Frank or Javi Aznar (the resident Dj) almost better than the history of my country, Spain. I don’t know how many times I listened to those cassettes, CDs and later Mp3 Sets downloaded by Edonkey, Kazaa and Overnet. Always trying to listen to it as loud as possible, as a way of rebellion (“fuck off”) which ears nowadays still regret 😅.

I never found my place in this society, then and still now.

That Club, those Djs, that music… introduced me to the electronic music in the way which I know it now. It still amazes me to listen to some old Dj Sets from the club and see how they mixed tracks in that way, on that speed using mainly vinyl. They were wizards, and they knew every Track from the first to the last second.

Even only being once on the Club around 2009/2010 (I was too young before) in a Remember party I just enjoyed it so much… that I still remember it like if it would be yesterday. So many Tracks, so many feelings… being in that place about my sister spoke to me so much, was just incredible.

It was even much better as expected

I could believe in all those crazy stories which I heard around the Club before.

This Track is the Coliseum which I met, the one from around 2000s. I know that the Club has gone through different phases, but beginnings 2000s was the one which I knew and the one which I like the most. There were some rumours around the Club about neo-nazis kids and dangerous people what fucked the atmosphere a lot later on. At the same time that the music was getting extreme, the people too…

It closed in 2008, but they are still making remember parties from time to time.

This is a thing which still wonders me, why extreme hard and fast music was on the 90s 00s associated with hooligans or neo-nazis groups 🤔. That did not only happened in Spain but in the Netherlands too. Nowadays it would be impossible for me to do that association.

The story of this Club and all around it taught me also not to follow trends, to evolve, and to never abuse anything.

Anyway, the Club Coliseum will always be legendary for me, and I will still be grateful for it.

This Track represents for me all of that.